James Badge Dale Net Worth: James Badge Dale is an American actor who has a net worth of $3 million. James Badge Dale was born in New York City, New York, in 1978, to actor parents. He started appearing on stage while in elementary school. Dale played hockey until an injury knocked him to the sidelines and he earned his degree from Manhattanville College.

He made his on-screen debut as Simon in 1990's "Lord of the Flies", though didn't appear in film or TV again until the turn of the century. Dale appeared as Danny Jordan on "Law and Order: Special Victims Unit" in 2002 and landed the part of Ben in the film "Nola" in 2003. He's best known for playing Chase Edmunds in 24 episodes of the hit series "24" and for starring as Will Travers in 2010's "Rubicon". Dale also appeared as Robert Leckie in "The Pacific", as Eric Savin in "Iron Man 3", and as State Trooper Barrigan in "The Departed". Dale's other TV and film credits include "Cross Bronx", "The Naked Brothers Band", "The Conspirator", "The Grey", "World War Z", "The Lone Ranger", "Parkland", "Rescue Me", "CSI: Crime Scene Investigation", "CSI: Miami", "CSI: NY", "The Black Donnellys", "Fort Pit", and "The Walk". 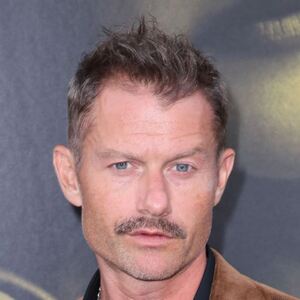