Taylor voiced the role of Obi-Wan Kenobi in the TV series Star Wars: Clone Wars from 2003 to 2005 and then again in Star Wars: The Clone Wars from 2008 to 2014. From 2005 to 2007 he voiced the role of Axel Manning in the series A.T.O.M.: Alpha Teens on Machines. He voiced the role of Kind Sandy on the TV series Codename: Kids Next Door from 2003 to 2008 and the roles of The Producer and Wooldoor Sockbat on the series Drawn Together from 2004 to 2008. From 2008 to 2009 Taylor provided voice work for the television series The Spectacular Spider-Man. He provided voice for the TV series Batman: The Brave and the Bold from 2008 to 2011. From 2005 to 2013 Taylor voiced the title role in the series Johnny Test. Taylor has won Behind the Voice Actors Awards for Star Wars: The Clone Wars in 2013 and 2014. 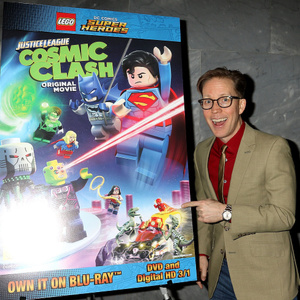