Jamal Duff Net Worth: Jamal Duff is an American actor and retired professional football player who has a net worth of $1 million. Jamal Duff was born in Columbus, Ohio in March 1972. Jamal played high school football at Foothill High and college ball at San Diego State University. He was a second team All-Western Athletic Conference selection and was named Aztecs Outstanding Defensive Player of the Year.

Duff played for the New York Giants from 1995 to 1996 and for the Washington Redskins from 1997 to 1998. He played for the champion Los Angeles Xtreme in the XFL during the league's only season. As an actor Duff first starred in the movies S.W.A.T. and Welcome to the Jungle in 2003. He has also starred in the films Dodgeball: A True Underdog Story, The Eliminator, The Marine, Lords of the Underworld, The Game Plan, Blood: The Last Vampire, Perfect Combination, and Django Unchained. He has also appeared in episodes of the TV series CSI: Crime Scene Investigation, The Game, Two and a Half Men, Revenge, Sons of Anarchy, Workaholics, Scorpion, and Brooklyn Nine-Nine. In 2012 Duff was nominated for a Screen Actors Guild Award for Outstanding Performance by a Stunt Ensemble in a Motion Picture for Transformers: Dark of the Moon. He also did stunts for the 2011 movie Thor. 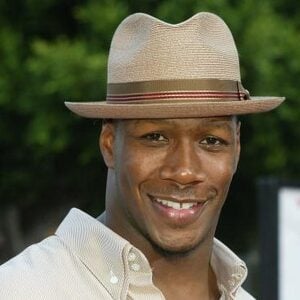