Jake T. Austin net worth and salary: Jake T. Austin is an American actor who has a net worth of $5 million dollars. Jake T. Austin was born Jake Austin Szymanski in New York City in 1994. He began appearing in commercials by the time he was seven, and ended up on the "Late Show with David Letterman" in 2003.

A year later, Austin voiced Diego, the cousin of popular animated TV star Dora of "Dora the Explorer", for three years until Diego earned his own show, "Go, Diego, Go!". Austin has carved out a career voicing animated characters with credits on "Everyone's Hero", "Rio", "Merry F#%$in' Christmas" and "The Ant Bully". Austin began acting for the Disney Channel with roles in "Johnny Kapahala: Back on Board" and "Wizards of Waverly Place". Other TV and film credits include "Hotel for Dogs", "New Year's Eve", "Tom Sawyer and Huckleberry Finn", "Drop Dead Diva" and "The Fosters". The bilingual TV star lives in Los Angeles and New York and works with the Make-A-Wish Foundation, the Power of Youth Initiative and the Starlight Children's Foundation. 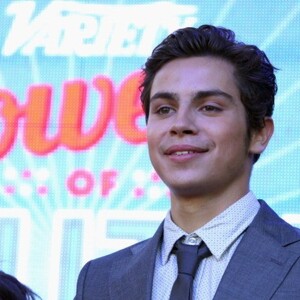