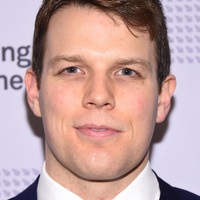 Jake Lacy Net Worth: Jake Lacy is an American actor who has a net worth of $500 thousand dollars. Born in 1985 in Greenfield, Massachusetts, Jake Lacy discovered his passion for acting while in high school, where he performed in a variety of Shakespeare productions such as "Much Ado About Nothing" and "A Midsummer Night's Dream". He graduated from the University of North Carolina School of the Arts in 2008 and moved to New York City where he took a slew of jobs while auditioning, including work as a bar back and gym receptionist. He finally landed a spot on the cast of "Better with You" as Casey, which was considered Lacy's big break in the business. The show ran on ABC for one season. Lacy also scored parts in "Guiding Light", "Royal Pains", and "The Goodwin Games", though the pilot with Lacy never aired. He landed a 21-episode part in the final season of the hit comedy series "The Office" as Pete. Lacy also appeared in the pilot episode of "The McCarthys" and had parts in the 2014 films "Obvious Child" and "Intramural". He played Richard in the Todd Haynes movie "Carol" alongside Cate Blanchett and Rooney Mara. That film is in post-production and scheduled for release in 2015.