What is Jake Gyllenhaal's Net Worth

Jake Gyllenhaal is an American actor who has a net worth of $80 million. Although Jake Gyllenhaal began his career as a child actor, he quickly transitioned into more central roles and became one of Hollywood's most well-known leading men. Known for his versatility, Gyllenhaal has appeared in both comedic and dramatic roles over the years. Outside of film acting, Gyllenhaal is also an experienced theater actor.

Jacob Benjamin Gyllenhaal was born on December 19th of 1980 in Los Angeles, California. Both of his parents were closely involved in the film industry at the time of his birth, and he was raised alongside his sister, Maggie Gyllenhaal (who would also become an actor), in a Jewish household. Jake Gyllenhaal has admitted that he was "privileged" during his upbringing, and his transition into a professional acting career was relatively seamless due to his parents' careers.

Jake's first major film role was in 1991's City Slickers as a child actor. Although he spent the next period auditioning for various projects, his parents often forced him to turn down roles because of concerns that the film industry would negatively affect his childhood. That being said, Gyllenhaal had plenty of opportunities to appear in films that his father directed. These included A Dangerous Woman and Homegrown.

Gyllenhaal's first lead role came at the age of 19 with October Sky. The film earned strong reviews and raked in over $32 million at the box office. On the heels of this success, Gyllenhaal quickly found further opportunities as a lead, starting with Donnie Darko. The 2001 film was a box office disappointment, but received excellent reviews and later became a massive cult favorite.

Although he was now an established Hollywood actor, Jake Gyllenhaal struggled over the next few years as he made the transition from teen to adult roles. His performances in movies like Highway and Bubble Boy were criticized, but he received more appreciation for his role in The Good Girl alongside Jennifer Aniston. After a few more film roles, Gyllenhaal decided to try his hand in theater acting, appearing in a London performance of Moonlight Mile and receiving excellent reviews in the process. Ever since, Gyllenhaal has been an active theater actor, appearing mostly in New York productions.

Jake Gyllenhaal's next big role came in 2004 with The Day After Tomorrow. He played the son of Dennis Quaid's character in the sci-fi blockbuster that raked in almost $553 million. He followed up with another notable role in 2005's Brokeback Mountain, a somewhat controversial film about two cowboys who develop a romantic relationship. Co-starring Heath Ledger, the film generated over $178 million at the box office. Gyllenhaal won many awards for his supporting role and was nominated for an Academy Award.

In 2007, Gyllenhaal played cartoonist Robert Graysmith, who solved the Zodiac case in the movie Zodiac. He earned positive reviews and helped the film generate almost $85 million at the box office. After appearing in the movie Brothers, Jake Gyllenhaal took the lead in 2010's Prince of Persia: The Sands of Time. Adapted from a video game, the film failed to elicit positive reviews from critics. However, it managed to become a box office juggernaut with over $336 million in box office sales.

After appearing in movies like Love & Other Drugs and Source Code, Gyllenhaal evoked positive reviews once again when he appeared in the cop drama End of Watch. In 2013, he appeared in Prisoners and Enemy – both films directed by Denis Villeneuve. In 2014, he made headlines once again after taking the lead role in Nightcrawler – a film that he also produced. His performance earned him nominations for various awards. 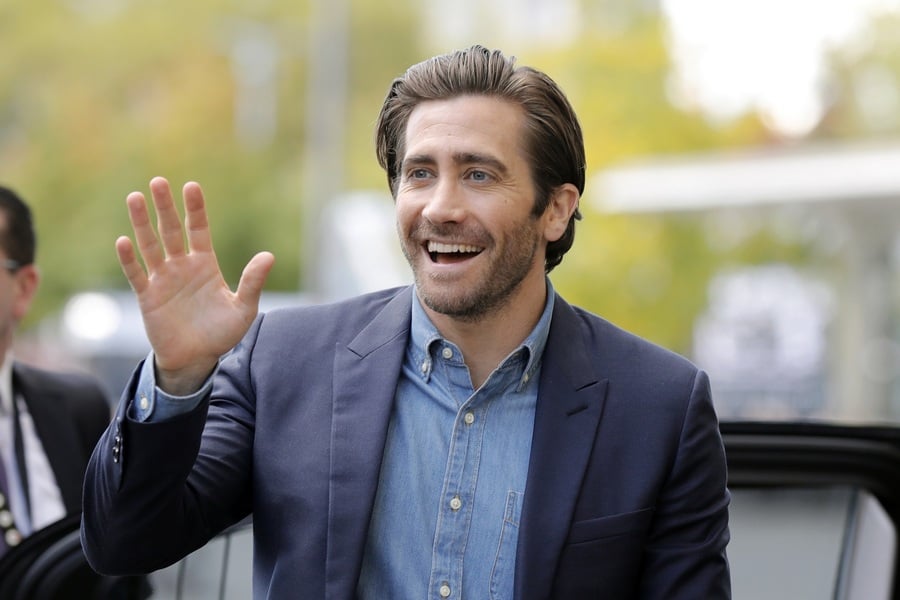 Although Gyllenhaal failed to reach the same heights with films like Accidental Love and Southpaw, he returned to prominence with Everest, which generated over $200 million at the box office. In 2016, Gyllenhaal appeared in Nocturnal Animals and subsequently followed up with the horror film Life, which was a critical disappointment. However, critics were much more impressed with Gyllenhaal's performance in 2017's Stronger, which was based on the experiences of a Boston Marathon Bombing survivor.

In 2018, Gyllenhaal appeared in films such as Wildlife and The Sisters Brothers. After booking a role in 2019's Velvet Buzzsaw, Gyllenhaal returned to the mainstream spotlight after appearing as the villain Mysterio in Spider-Man: Far From Home. The film generated $1.132 billion at the box office, becoming one of the highest-grossing films of 2019.

Jake Gyllenhaal has dated many celebrities over the years, including Kirsten Dunst, Reese Witherspoon, Taylor Swift, and Alyssa Miller. As of 2018, he was dating a French model named Jeanne Cadieu.

In 2017, it was announced that Jake Gyllenhaal had joined a host of other celebrities in buying a Tribeca condo in a converted factory building. The New York building is famous for housing all kinds of high-rollers, including Justin Timberlake, Ryan Reynolds, Harry Styles, and Lewis Hamilton. Although some units in the 19th-century building have sold for as much as $44 million (think penthouse suite with a rooftop pool), Gyllenhaal's condo was purchased for $8.63 million.

Gyllenhaal's apartment features a healthy 2,868 square feet of living space, three bedrooms, and hardwood floors. The building itself offers around-the-clock concierge service, security, a pool, and a subterranean motor court for added privacy. Obviously, the strata fees must be through the roof.

In 2005, Gyllenhaal purchased a property in Hollywood Hills, another area famous for housing celebrities. He paid $2.5 million for the rancher-style house, which features a gated driveway and plenty of other attractive features. The actor subsequently sold the property in 2014 for $3.5 million, earning a cool $1 million profit in the process.