Jake Cannavale net worth: Jake Cannavale is an American musician and actor who has a net worth of $1.5 million. He is best known for appearing on the TV series Nurse Jackie and The Mandalorian.

Jake Cannavale was born in Manhattan, New York in May 1995. He is the son of actor Bobby Cannavale and screenwriter Jenny Lumet. He is also the grandson of director Sidney Lumet the great grandson of singer and actress Lena Horne. Jake Cannavale first appeared in the movie Romance & Cigarettes in 2005. In 2012 he starred as Charlie Cruz on the television series Nurse Jackie. Cannavale appeared as Toro Calican on the TV series The Mandalorian in 2019. He starred on Broadway's Fish in the Dark in 2015. Jake Cannavale appeared in the movie Eat Brains Love in 2019. In 2013 he was nominated for a Screen Actors Guild Award for Outstanding Performance by an Ensemble in a Comedy Series for Nurse Jackie. 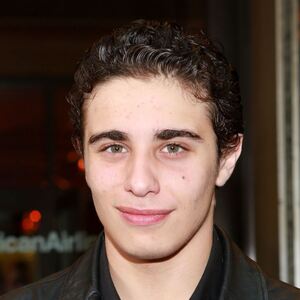