What is Jake Busey's net worth and salary?

Jake Busey is an American actor, musician and film producer who has a net worth of $500 thousand. Busey earned prominence in the 90s with roles in movies like "The Frighteners" and "Starship Troopers." He then appeared in the comedy "Tomcats" before his career stalled. Although he was living in his car at one point, director Robert Rodriguez helped him get back on track after casting him in the series "From Dusk Till Dawn: The Series" in 2014. Jake is also known for playing Sean H. Keyes in the "Predator" franchise. If his last name sounds familiar, it is because Jake is the son of renowned actor Gary Busey.

William Jakob Busey was born on June 15th of 1971 in Los Angeles, California. Raised in Malibu by actor Gary Busey, Jake spent most of his childhood hanging around film sets while watching his father work. He was also exposed to the music scene at a young age, as his father was involved with various bands like Leon Russell, Willie Nelson, and Little Feat. At the age of five, he began pursuing a career in both acting and music. Jake starting playing the drums at this early age while also exploring his acting options.

Busey's first role was in the film "Straight Time." He appeared alongside his father and Dustin Hoffman at the age of seven. Much later, he began to make name for himself as an adult actor in films like "Contact" and "Starship Troopers." In the latter film, he played an obnoxious soldier named Ace Levy. "Starship Troopers" was based on a monumental science fiction novel by Robert Heinlein, although it was adapted in a number of ways for the big screen. The film grossed $121 million on a budget of $105 million and received mostly negative reviews upon release. However, later critics recognized that many had "missed the point" of the film, as it was intended as political satire. Additional roles in the 90s included "The Frighteners."

In the 2000s, he appeared in another science fiction film, "H.G. Wells' War of the Worlds." He also appeared in movies like "Tomcats," "Identity," "The Hitcher II," "Road House 2," "Cross," and "Don't Pass Me By." Smaller roles came with movies like "Christmas with the Kranks," "I'll Do Anything," "Enemy of the State," "The Killing Jar," "The Stoned Age," "PCU," and "Fast Sofa." Many of these films went directly to DVD. In addition, Jake booked a recurring role in the TV series "Shasta McNasty." 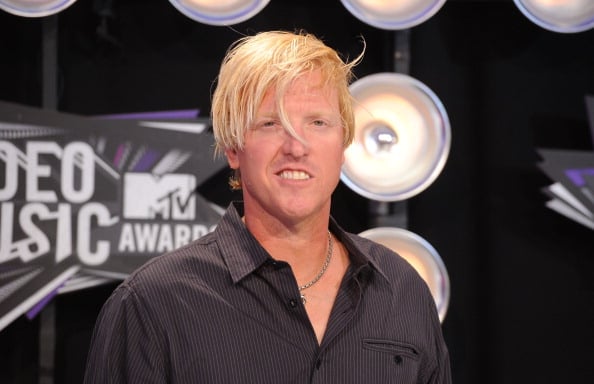 During this period, Jake struggled with a number of issues. Like many Americans, he was negatively affected by the 2008 mortgage crisis and the following recession. Things became even worse when his home in Los Angeles burned down. Jake could not afford to repair the home. He later admitted that he was living paycheck to paycheck during this period. Although he was able to stay with friends during this difficult time, he was also forced to live in his car occasionally. However, he did meet his longtime girlfriend, April Hutchonson during these problematic years. The couple later welcomed their first child into the world in 2012.

Things turned around for Busey when he was offered a recurring role in Robert Rodriguez's TV series, "From Dusk Till Dawn: The Series." Jake played the role of Professor Aiden Tanner for 26 episodes. This helped revitalize his acting career, and it also provided him with financial relief. Over the next period, Busey established himself as a voice actor, booking roles in video games like "Spec Ops: The Line" and "XCOM 2: War of the Chosen."

In 2016, Jake starred in "Deserted," a feature film with Mischa Barton and a number of other well-known actors. In 2018, Busey continued his TV career with roles in "Agents of S.H.I.E.L.D." and "Stanger Things."

With the 2008 financial crisis and a career hitting the skids, Jake got to a very low point personally and professionally. At one point he lost so much that he lived a period out of his car in 2011. He would later credit director/producer Robert Rodriguez (and quitting drinking) for helping get his career back on track with the series From Dusk Till Dawn. That led to more steady work recently in shows like Stranger Things, Ray Donovan and Mr. Robot.  In 2018 he starred in the film reboot The Predator.

As for his off-screen time, Busey spends it playing drums and singing in the Los Angeles-based band, Sons of the Lawless. He is also a licensed pilot. He has been in a relationship with April Hutchinson for many years. They welcomed a daughter in 2012. 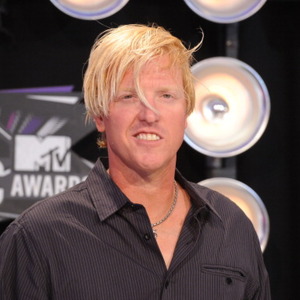