Jaimee Foxworth net worth: Jaimee Foxworth is an American actress and model who has a net worth of $50 thousand. She was born in December of 1979 and is best known for playing Judy Winslow on the long-running sitcom, Family Matters. She first got her start in the entertainment industry by appearing in national television commercials, starting at the age of 5. After which she transitioned into acting, including the role in Family Matters. However, she was written out of the show after the fourth season, due to increasing sizes of other peoples' roles – namely that of Jaleel White as Steve Urkel – as well as her request for a raise. Foxworth then formed a musical group, S.H.E with her sisters, though their stint was short term. After dropping out of the public eye for many years, Foxworth returned on screen by appearing in pornographic films. Using the name Crave, she acted in a number of adult films before later speaking about it on the Oprah Winfrey Show. Foxworth had a son, Michael Shaw, Jr. with her boyfriend, Michael Shaw in May of 2009. The event was later portrayed on camera. After years of substance abuse, Foxworth also said the birth of her son finally allowed her to get clean.

[The photo of Jaimee Foxworth on this page is © Glenn Francis, www.PacificProDigital.com and was licensed via wikicommons Creative Commons] 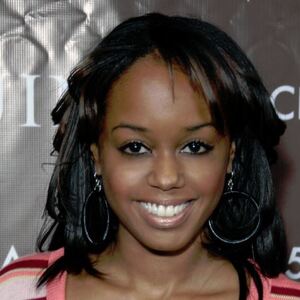