Jaime Pressly Net Worth and Salary: Jamie Pressly is an American actress and model who has a net worth of $7 million. She is best known for her work on the television shows "My Name Is Earl" and "Mom."

Early Life and Career: Jamie Elizabeth Pressly was born on July 30th, 1977 in Kinston, North Carolina. Her mother worked as a dance instructor, and her father was a car salesman. As a child, she did gymnastics, took dance classes, and singing lessons. She has stated that as a child she was described as a "prissy tomgirl" by her father. When she was a teenager, her family moved to Costa Mesa, California, and she attended one semester of her sophomore year of high school. At the age of fourteen, she appeared on the cover of Teen Magazine and became a spokesmodel for the International Cover Model Search. When she was fifteen, her parents were going through a messy divorce, and she was offered the opportunity to go to Japan on a modeling contract. Because neither parent was able to come with her, she needed to become a legally emancipated minor and was supported by her parents in that process.

Pressly's first appearance on film was in the 1996 direct to video movie "Mercenary," and in 1997, she starred in the direct to video sequel movie "Poison Ivy: The New Seduction," in which she frequently appears nude. She was then cast in the television show "Push," which lasted for one season in 1998, and the following year, she was in several episodes of the equally short-lived series "Mortal Kombat: Conquest." Both of her 1999 films "The Journey: Absolution" and the comedy "Ringmaster," featuring Jerry Springer, saw theatrical releases but were critical duds. Many of her films over the next several years would follow the same theme. In 2000, she starred in the comedy films "100 Girls" and "Poor White Trash." The next year, she had a minor role in the popular David Spade comedy film "Joe Dirt" as well as roles in the action thriller "Ticker" and the comedy satire film "Not Another Teen Movie." She had a leading role in the 2002 slasher flick "Survival Island" as well as in the television movie "The Johnny Chronicles." In 2004, she was featured in the action film "Torque," starring Ice Cube and Dane Cook.

Television Career: In 2005, Pressly got her break on the NBC comedy series "My Name Is Earl." She was cast as Joy Turner, the self-centered and cold-hearted ex-wife of the title character, and she earned critical acclaim for her role. The show follows Earl as he wins the lottery and then attempts to accumulate good karma to atone for his prior felonious and selfish acts. The show received five Golden Globe Award nominations, eight Emmy Award nominations, and four Screen Actors Guild Award nominations. It won five Emmy Awards. For her performances throughout the series, Pressly won an Emmy. Additionally, she received a Screen Actors Guild Award nomination in 2007, and she was nominated for a Golden Globe in 2008. While she was known to the public prior to being on "My Name Is Earl," the majority of her attention came from being in bad films, and she has stated that she was reconsidering whether acting was the right career path before she landed the part.

Once "My Name Is Earl" concluded in 2009, she began picking up guest star parts and recurring roles on other television shows. She appeared in a couple of episodes of the show "Rules of Engagement" in 2010, and she had a recurring guest role as Donna in seasons one through three on the sitcom "Raising Hope." In 2013, she appeared on "Two and A Half Men," the cartoon series "Phineas and Ferb," and she starred in the show "I Hate My Teenage Daughter," which lasted one season. In 2014, she starred as the title character in the one-season TV Land series "Jennifer Falls" and joined the cast of the show "Mom" for its second season. She plays the role of Jill, a wealthy, frequently relapsing alcoholic who is friends with the title character, which is played by Anna Farris. She has continued to be a recurring character on the show since making her first appearance in 2014. 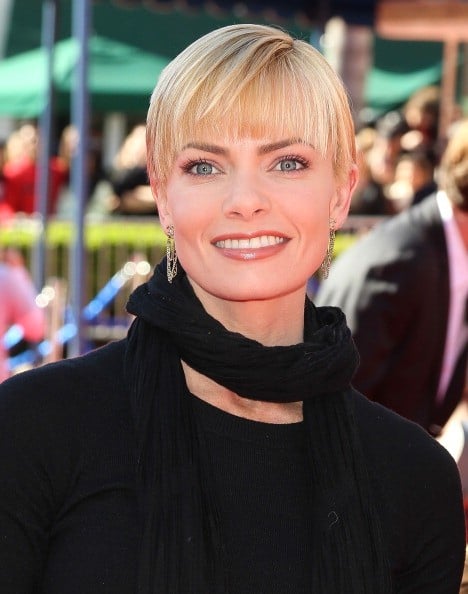 Film Career: After the success of "My Name Is Earl," Pressly had the credibility to land better film roles, but she has primarily stuck with television. In 2008, she voiced the character of Mrs. Quilligan in the animated film "Horton Hears a Who!," and she had a supporting role in the bro comedy "I Love You, Man," released in the following year. In 2012, she starred in the fantasy children's film "The Oogieloves in the Big Balloon Adventure" with Nick Drago and Cloris Leachman. She had a leading role opposite Robin Thicke in the 2014 romance drama "Making the Rules," which was a direct to video release, and in the same year, she had a leading role in the horror film "A Haunted House 2." The film was slammed by critics, but it was a box office success, grossing $24 million against a $4 million budget.

Personal Life: Pressly has revealed in interviews that she struggled with bulimia when she was a teenager. She began a relationship with DJ Eric Calvo in 2004, and she gave birth to their son in 2007. The couple separated at the end of 2008. Only nine months later, she was engaged to entertainment lawyer Simran Singh, and the couple married in September of 2009. In early 2011, Pressly filed for divorce, and she was arrested on suspicion of driving under the influence. She pled no contest and received informal probation for the charge. In January of 2017, she announced that she and her partner Hamzi Hijazi were expecting twins, and she gave birth to Leo and Lenon in October of that year.

Real Estate and Financial Speed Bumps: In 2008 Jaime paid $2.25 million for a home in Sherman Oaks, California. In 2015 she listed the home for sale for $2.2 million, then actually raised the price to $2.4 million the same year. In 2016 she raised the price again, this time to $2.75 million. While these price changes were happening, Jamie was dealing with a financial problem behind the scenes. Around the time she first listed the home in 2015, she filed a lawsuit against a former accountant for allegedly bungling her finances and leaving her with $850,000 in back taxes and hundreds of thousands in lost money from bad investments. The accountant allegedly paid one gardener $220,000 to complete minimal work on the home. Jaime's mortgage also stopped receiving payments, leading to an outstanding debt of $2 million.

In February 2016 Jaime's bank moved to foreclose on the Sherman Oaks home. From what we can tell, Jaime was able to stave off foreclosure, but she was also forced to sell the home for $1.9 million in November 2016. That likely means not only did she take a loss, but she also potentially had to pony up additional funds to get square with the bank.

Jaime bounced back right away. In April 2017 she paid $2.275 for a slightly nicer house in the same neighborhood. Unfortunately, not even a month later, the home was burglarized. According to a police report, $200,000 worth of jewelry was taken. 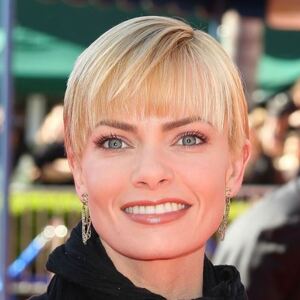