What is Jaime King's Net Worth?

Jaime King is an American actress who has a net worth of $1 million. Jaime King began her career in the 1990s as a fashion model, appearing in magazines like "Vogue" and "Harper's Bazaar." By the late 90s, she had turned her attention towards acting, booking a number of small roles in various projects. In 2001, she broke through into the mainstream with a major role in "Pearl Harbor." She then followed up with starring roles in movies like "Bulletproof Monk" and continued to book major roles throughout the early 2000s.

In terms of her television work, King is known for her leading role in "Hart of Dixie." More recently, she has appeared in the series "Black Summer." Jaime is also an established voice actor with past roles in animated series like "Robot Chicken" and "Star Wars: The Clone Wars."

Jaime King was born on April 23rd of 1979 in Omaha, Nebraska. Her mother was a beauty queen, and she was marked for an entertainment career at a very early age. Named after the lead character in the hit series "The Bionic Woman," Jaime was raised alongside two siblings and attended modeling school at a very young age. By the time she was 13, her parents were divorced, and she dropped out of high school two years later to pursue a modeling career in New York.

Jaime King began her modeling career at the age of 14 after being discovered by an agent called Michael Flutie. Flutie invited King to work in New York, and soon enough she was in the Big Apple after having signed a contract with Company Management. At this point, she adopted the name James, which she kept throughout the beginning of her modeling and acting career.

Her first major advertisement was with Abercrombie & Fitch in 1994. By the time she was 15, she had graced the pages of well-known magazines such as "Vogue," "Mademoiselle," "Allure," and "Seventeen." One year later, she added "Glamour and "Harper's Bazaar" to this list. In 1996, she was the subject of a cover story published in "New York Times Magazine." During this period, she walked the runway for major brands like Chanel, Alexander McQueen, and Christian Dior.

By the late 90s, she started to veer more towards acting, starting with a co-hosting position with MTV for the program "House of Style" alongside Rebecca Romijn. However, King has continued to cultivate her modeling career throughout the rest of her life. Her first major film role was in the independent movie "Happy Campers," which aired at the Sundance Film Festival in 2001. She then continued to book various roles in movies like "Blow" before playing a much more substantial part in 2001's "Pearl Harbor." The film proved to be a box office giant with over $449 million in gross earnings, although it received extremely negative reviews.

Throughout the early 2000s, King booked roles in movies like "Slackers," "Four Faces of God," and "Bulletproof Monk." The latter role saw her book a lead role in a major Hollywood movie for the first time in her career, although critics disliked the movie. She also appeared in "White Chicks" during this period, another film that received terrible reviews.

By the mid-2000s, King was starting to appear in more successful projects, including movies like "Sin City" and "Pretty Persuasion," although she also continued to appear in critically-panned films like "Cheaper by the Dozen 2" and "Two for the Money." During this period, she also began to appear in more TV shows, such as "The O.C.," although this period was also dominated by a number of movie roles.

Towards the end of the 2000s, King appeared in "Fanboys," which was directed by her future husband, Kyle Newman. From this point onward, King worked on "Star Wars: The Clone Wars" and shows like "My Generation," "Hart of Dixie," and "Black Summer." 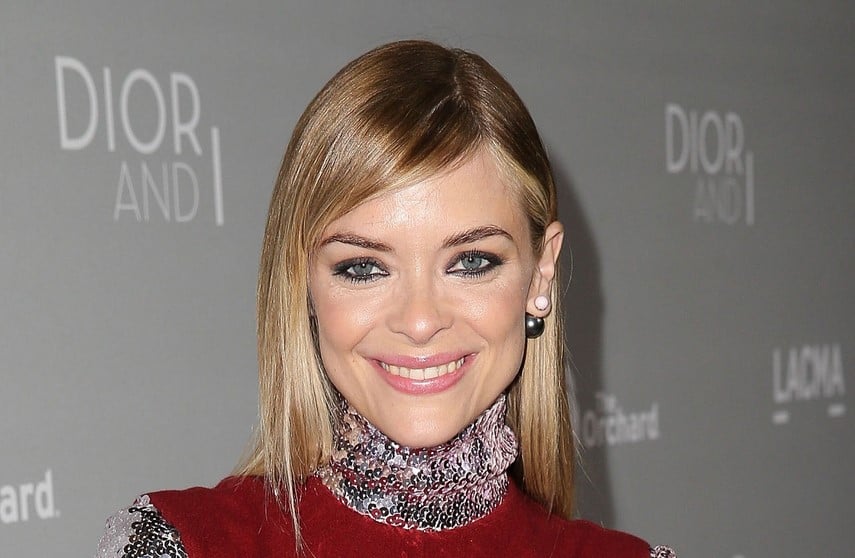 Jaime King has been quite open about her struggles with substance abuse over the years. When she first began her modeling career as a 14-year-old, she began using heroin. This addiction lasted until she was 19, at which point she went to rehab and recovered.

In 2005, King began dating the director of "Fanboys," Kyle Newman. Although King would go on to have one child with Newman, at one point she suffered five miscarriages. However, she successfully gave birth to a second child in 2015. In 2020, King filed for divorce from Newman and also obtained a temporary restraining order against him.

In 2020, Jaime King's divorce battle with Kyle Newman became the subject of headlines around the world. Kyle accused her of all kinds of misconduct. He first claimed that she emptied the joint bank accounts, which could be potentially interpreted as financial misconduct and concealing assets. Kyle also claimed that she kicked him out of the family home with no access to their joint funds. Prior to the divorce, Kyle was apparently acting as a stay-at-home dad with King acting as the primary breadwinner.

He also accused her of being a chronic drug addict and an alcoholic. These kinds of accusations can have a serious effect on custody battles, as judges tend to keep children away from parents with substance abuse problems. Kyle even accused King of driving under the influence with her children in the car. Finally, he claimed that Jaime had admitted to having an affair during their marriage.

In April 2022 a judge ordered Jaime to pay Kyle $1,000 per month in spousal support. In October 2022 Kyle claimed in an LA court that Jaime had not been paying him the court-ordered monthly support. He further claimed that Jaime had emptied their retirement accounts, roughly $500,000 worth, and sold their primary residence generating $1.5 million in proceeds which he was not able to access. In his filing he requested $700,000 to cover his attorney's fees and his share of the home sale proceeds.

In 2003, it was reported that King had purchased a home in Beverly Hills for $1 million. It features 1,887 square feet of living space and two bedrooms. This is the home that she purportedly sold for a $1.5 million gain in 2022.