Jai Courtney net worth: Jai Courtney is an Australian actor who has a net worth of $3 million dollars. Born in 1986 in Sydney, Australia, Courtney attended the Western Australian Academy of Performing Arts. He scored his first on-screen role with an appearance in the short 2005 film "Boys Grammar". He didn't land another role until 2008 when he played Harry Avent on the TV show "All Saints".

From there, Courtney would go on to secure several parts, including the role of Varro in "Spartacus: Blood and Sand". Other TV and film credits include "Jack Reacher", "A Good Day to Die Hard", "Divergent" and "I, Frankenstein". He was featured in the Rising Talent issue of "Inside Film Magazine" in 2012 alongside fellow Australians Margot Robbie, Adelaide Clemens and David Ludlow. Courtney dated Australian actress Gemma Pranita for eight years, with the relationship ending in 2014. He currently lives in Los Angeles. 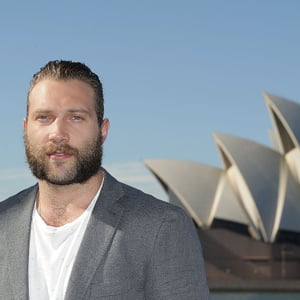