Jaeden Lieberher net worth: Jaeden Lieberher is an American actor who has a net worth of $4 million. Jaeden Lieberher was born in Philadelphia, Pennsylvania in January 2003. He starred as Johnny Masters on the television series Masters of Sex from 2015 to 2016. Lieberher starred as Oliver Bronstein in the 2014 film St. Vincent and also starred in the movie Playing It Cool the same year.

He starred in the film Aloha in 2015 and in the movies Midnight Special and The Confirmation in 2016. In 2017 Lieberher starred as Henry Carpenter in the movie The Book of Henry and as Bill Denbrough in the film It. He also appeared in the shorts Grief in 2013 and Framed: The Adventures of Zion Man in 2016. Jaeden Lieberher won awards from the Las Vegas Film Critics Society and the Phoenix Film Critics Society for his role in St. Vincent. Jaeden's father is executive chef Wes Lieberher. 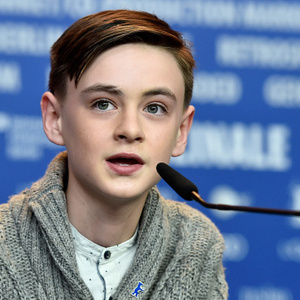