What is Jaden Smith's net worth and salary?

Jaden Smith is an American actor and singer who has a net worth of $8 million. Smith started his career at a very young age, acting in child parts opposite his famous father Will Smith in The Pursuit of Happyness, but he quickly branched out into his own brand of solo superstardom thanks to his musical talent and a knack for extremely unusual social media posts.

Jaden Smith is the son of Will Smith and Jada Pinket Smith. Jaden was born in Malibu, California on July 8, 1998. He is the older brother of singer Willow Smith and has another half-sibling by the name of Trey Smith. He attended the New Village Leadership Academy in Calabasas before switching over to homeschooling, an upbringing that he has said kept him from making conventional friends. In interviews Smith has attributed this isolation with his entry into skateboarding, a hobby he could pursue in public often without being recognized as a celebrity.

Jaden made his major feature film debut in The Pursuit of Happyness in 2006. In the film, he played the son of Will Smith's character. Jaden was awarded Breakthrough Performance at the 2007 MTV Movie Awards for this role. But a few years later, he had his first starring role in a remake of The Karate Kid in 2010 along with martial arts superstar Jackie Chan. Then, a few years later, he got to play his father's son again in the 2014 film After Earth, a science-fiction action-adventure from director M. Night Shyamalan. The disappointing box office performance of After Earth as well as somewhat negative reviews of Jaden's performance might have led him to take a break from acting in order to pursue music and other projects, but in 2017 he returned in the Netflix original series The Get Down. Then, in 2018, he took a role that hearkened back to his days as a skateboarder in the teen drama Skate Kitchen. In 2019 he completed work on the young adult drama Life in a Year, also starring  Cara Delevingne and Cuba Gooding Jr. 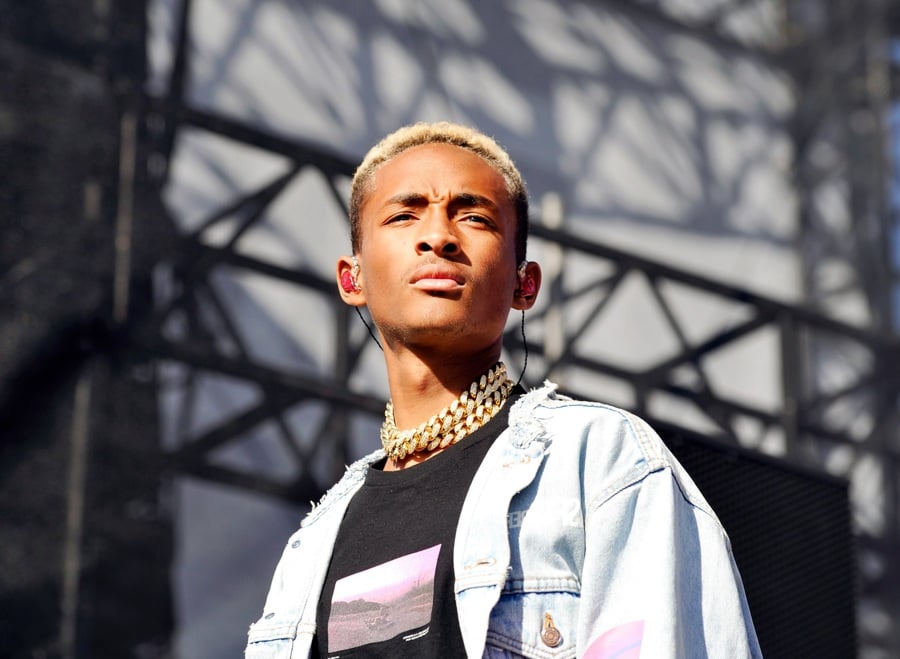 Jaden rapped with Justin Bieber in the song "Never Say Never," and in 2012 Smith released a mixtape called The Cool Café. In 2014 he released the follow-up mixtape CTV2 and began work on his first studio album, but the record took some three years to complete, and in 2017 the album Syre was released. The following year he released Syre: The Electric Album, which reworked the music from his debut album in an electric guitar style influenced by Jimi Hendrix and The Beatles. In the summer of 2019, Smith released Erys, his second studio album.

Jaden Smith has long been known as an idiosyncratic style icon, and eventually he parlayed that into a clothing line called MSFTSrep. He's been reported to be in a relationship with Vanessa Hudgens' younger sister Stella. Later reports came out that Smith was dating Kylie Jenner. Between 2012 and 2015, Smith dated Sarah Snyder, who was rumored to have been the inspiration for many of the songs on Syre. Along with his two siblings, Jaden has worked as a youth ambassador for Project Zambia, which works with Hasbro to provide assistance to Zambian children orphaned by AIDS. On the awards front, his starring role in The Karate Kid earned him the BET YoungStars Award as well as nominations for Teen Choice Awards, Kids Choice Awards, MTV Movie Awards, and NAACP Image Awards.

Jaden Smith famously filed for emancipation from his parents at the age of 15, with their full approval and with the hope of getting his own house apart from the family home. But in a 2013 interview with Ellen DeGeneres alongside his dad Will, Smith seemed ambivalent about the idea of moving out on his own:

But in 2017, both Jaden and Willow Smith moved out of their parents' house, moving into a $4 million home in the Hollywood Hills. 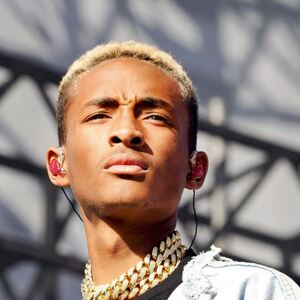