What is Jada Pinkett Smith's net worth and salary?

Jada Pinkett Smith is an American actress, producer, director, singer, author and businesswoman who has a net worth of $50 million. Though it should be noted that a large portion of Jada's net worth comes thanks to her marriage to Will Smith who has been one of the highest-paid actors of the last two decades. Jada Pinkett Smith earned her net worth through a number of careers, in film, TV, music, fashion and as a writer of children's books.

She was born in Baltimore, Maryland on September 18, 1971, to Adrienne Bandfield-Jones, a nurse, and Rosbol Pinkett Jr, who ran a construction company. Adrienne had Jada when she was still in high school, and the couple married but quickly soon after, leaving Adrienne to raise Jada with just the help of her mother, Marion Martin Banfield. Jada's grandmother quickly noticed Jada's aptitude for performing, and enrolled her in piano and dance lessons. She attended the Baltimore School for the Arts where she majored in dance and theater. Jada graduated in 1989. While at this school, one of Jada's classmates was future rap star Tupac Shakur. The two would become lifelong friends until his tragic death.

After moving to Los Angeles in the early '90s, Jada began to land a series of small parts of television shows like "True Colors", "Doogie Howser MD" and "21 Jump Street". She soon landed a more recurring role over 36 episodes of the sitcom "A Different World". Her big film break came in 1993's "Menace II Society". She acted with Keenen Ivory Wayans in "A Low Down Dirty Shame" in 1994, and her performance gained her a lot of attention and positive reviews. That same year, she starred in romantic drama "Jason's Lyrics", and in 1995 went on to play a convict in Demon Knight. Roger Ebert praised the chemistry between Pinkett Smith and her co-star Allen Payne.

Jada's big breakthrough came in 1996 when she starred with Eddie Murphy in the 1996 remake of "The Nutty Professor", in which she portrayed his love interest. The film earned $25 million in its first weekend, eventually raking in more than $274 million worldwide, making it a complete commercial success. "The Nutty Professor" set off what eventually became a very successful and lucrative career for Jada, starring in films such as "Kingdom Come", a cameo in "Scream 2", and two installments of extremely successful and popular "The Matrix" series.

In 2010 she won an Image Award for Outstanding Actress in a Drama Series for "Hawthorne" which she starred in as Christina Hawthorne from 2009 to 2011. Beginning in 2014 she starred as Fish Mooney in the television series "Gotham". Jada Pinkett Smith voiced the role of Gloria in the animated "Madagascar" film series. Beginning in 2018, Jada has starred in the Facebook Watch series "Red Table Talk". 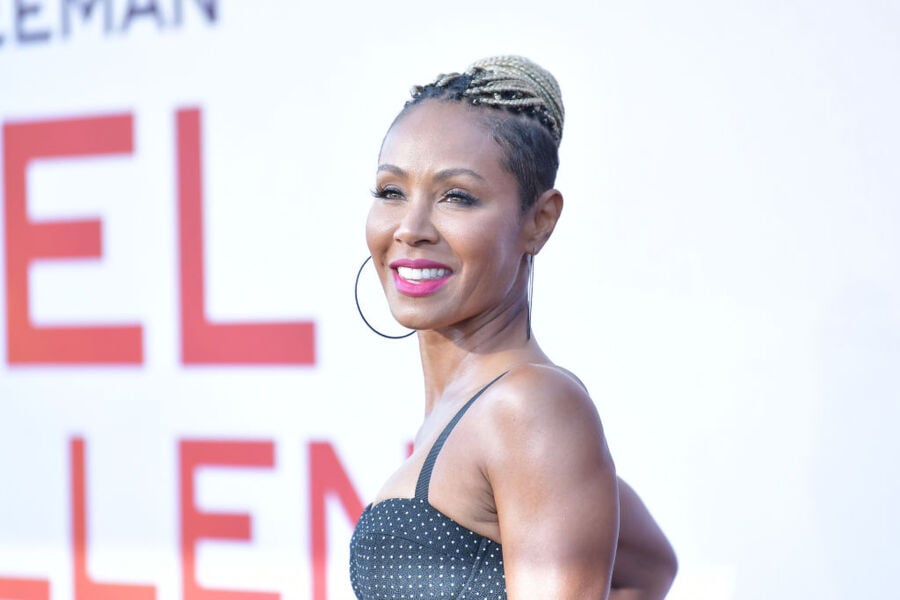 Pinkett Smith, under the stage name Jada Koren, has also been a singer and songwriter for the metal band Wicked Wisdom. They released a self-titled debut album in 2006. Wicked Wisdom snagged a slot as an opener for Britney Spears' 2004 Onyx Hotel. They opened for Spears for eight dates in the spring of 2004, during the European leg of the tour. The band also played at Ozzfest in 2005. She also owns a music production company, 100% Women, and a clothing line, Maja. Jada published a children's book, "Girls Hold Up This World", in 2004. Pinkett Smith also works as a spokesperson for the beauty line Carol's Daughter.

Jada met her future husband, superstar actor Will Smith, while visiting the set of his '90s sitcom "The Fresh Prince of Bel-Air". Jada auditioned for the role of his character's girlfriend, Lisa Wilkes. The role went to Nia Long instead, as Jada was considered "too short" to play it. Will and Jada began dating in 1995 (after he separated from Sheree Fletcher–Will had apparently grown an attraction to Jada before this but never acted on it) and were married in 1997. Today Will and Jada have two children, Jaden Smith and Willow Smith, both of whom have developed successful careers in the entertainment industry. Jada is also the stepmother to Trey Smith, who is Will's son from a former marriage.

In July 2019, Jada admitted to being in a romantic relationship with singer August Alsina while she and Will were separated in 2016.

The Pinkett Smiths created charity Will and Jada Smith Family Foundation in 2005, which focuses on supporting youth and their families in urban cities. The charity was awarded the David Angell Humanitarian Award in 2006. The family and the Foundation have supported numerous charities and causes over the last several years. Although not involved with the Church, the Smiths donated $2,000 to the Hollywood Education and Literacy Program, which is Scientology's basis for homeschooling.

Will and Jada own around 10 properties in the United States. Here's a brief breakdown of their most notable current and former properties:

In 1999 Will and Jada spent $7.5 million to acquire a stunning 100-acre property in the hills between Malibu and Calabasas, California. Over the next year they bought several nearby parcels to string together 150-acres of contiguous land. The property features a 20,000 square-foot main house, several guest houses, a private lake, a horse riding ring, equestrian trails, stables, tennis courts and much more. They designed the property in a Santa Fe style after falling in love with actor Gene Hackman's Santa Fe home. They actually hired Hackman's Santa Fe architect for the project which took years to kick off due to environmental concerns and permit restrictions. In 2013 they quietly listed the property for $42 million but did not find a buyer. Today this property alone is likely worth $50 – $70 million.

In 2017 Will and Jada sold their 7-acre oceanfront compound in Kauai for $12 million. They bought the multi-home property in 2015 for $10 million. In 2011 they sold a different oceanfront Hawaiian property on 7-acres for $20 million to Ekaterina Rybolovlev, the daughter of billionaire Russian oligarch Dmitry Rybolovlev for $20 million.

They also own a 9,000 square foot home located in a gated community Hidden Hills, California and a 9,200 square-foot ski chalet in Park City, Utah.

In September 2021 Will and Jada paid a little over $11 million for a 10,400 square-foot home in Hidden Hills, California.

In total, the Smiths own at least $100 million worth of real estate around the world that we know about. 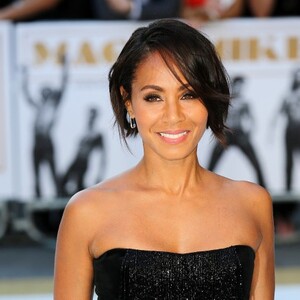