Jada Fire net worth: Jada Fire is an American adult film star who has a net worth of $250 thousand. Jada Fire was born on September 1, 1976 in Los Angeles, California. She worked in fast food joints for franchises such as KFC and Taco Bell. In 1998 at the age of 22, she joined the adult entertainment industry as a phone sex operator. In 2005, she was awarded (along with her co-workers) an AVN Award. The following year, she was nominated in the Female Performer of the Year but did not win any awards. Many of her performances bear lesbian, interracial, or other adult themes. She is the proud owner of a number of awards, including a 2009 Urban X Award.

Until 2006, she was represented by LA Direct Models, a talent agency situated in her hometown. In 2007, she joined the Lighthouse Talent Agency. Jada Fire has also appeared in the TNT police drama "Southland" where she played the girlfriend of a gang member. In 2008, Jada played the part of Condi Rice in the the Hustler production "Who's Nailin' Paylin?". On February 2, 2012, the award-winning actress publicly made it clear that she was retiring from the adult industry. According to her, the reason is that she is "tired of having sex on camera". Fire is a member of both the AVN and XRCO Halls of Fame. 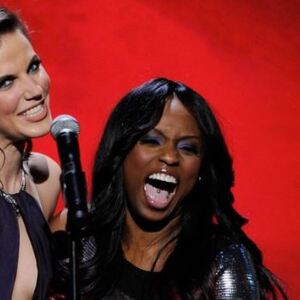