Jacqueline Gold Net Worth: Jacqueline Gold is an English businesswoman who has a net worth of $860 million. Born Jacqueline S Gold on 16 July 1960, in Bromley, Kent, England, she is best known for serving as Chief Executive of Gold Group International companies Ann Summers and Knickerbox, which are managed by women, for women.

At the time she joined her father's Ann Summers, the working atmosphere was completely different at the company since it was run by men or as Karen herself said, "It was all men, it was the sex industry as we all perceive it to be. As she acquired more and more information about Ann Summers of the 1970's, Karen recognized the potential to switch the focus of the business by turning it into a biz and brand that would be focused on women allowing them to shop for lingerie and sex toys in a safe and female friendly environment. In 1987, she took the helm of the company as Chief Executive, transforming it into a multi-million pound business that now has a sales force of over 7,500 women as party organizers. Even though the multinational retailer company has seen some falls in sales and profits recently, it still stands as bankable business with 136 high street stores in the UK, Ireland, Channel Islands. Whereas the acquisition of Knickerbox in 2000 added five more stores. A remarkable businesswoman as she is, Jacqueline Gold's autobiography "Good Vibrations" was published in 1995, which was followed with a second book "A Woman's Courage" published in April 2007. However, the latter fetched her a bad publicity as it led to Jaqueline being sued by a former employee for libel. The case ended with "A Woman's Courage" being withdrawn from sale and then re-published with three pages less, plus with the former employee being paid costs and substantial damages. Luckily, this unfortunate episode didn't kill Gold's aspiration to write as she serves today as a columnist for Retail Week, New Business, Kent Business and Women Mean Business. 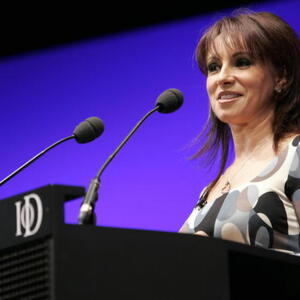