How much is Jacqueline Bisset Worth?

Jacqueline Bisset net worth: Jacqueline Bisset is an English actress who has a net worth of $20 million. Jacqueline Bisset has been an international film star since the late 1960s. She was born Winifred Jacqueline Fraser Bisset in Weybridge, Surrey, England on September 13, 1944. She was raised in Reading where she lived in the suburb of Tilehurst. Her father was Scottish and her mother was of French and English decent. Her mother, an attorney turned housewife, cycled from Paris and boarded a British troop transport to escape the Germans during World War II before meeting her husband and having Bisset. Jacqueline Bisset took ballet lessons as a child and began taking acting lessons, which she paid for through fashion modeling. She first appeared as an extra in the 1965 film, The Knack…and How to Get It. She made her official film debut the following year in the movie Cul-de-sac, but is probably best know for her role as Miss Goodthighs in the James Bond film, Casino Royale. She also replaced Mia Farrow for the role of Norma MacIver in The Detective, which she played opposite Frank Sinatra. Bisset has appeared in both French and Italian productions, in addition to her English films, and in 1977 made strides toward becoming a better-known entertainer in America with the movie, The Deep. By 1978, she earned a Golden Globe nomination for Best Actress (Comedy) for her performance in Who is Killing the Great Chefs of Europe? and in 1984 she earned a Golden Globe nomination for her role as Albert Finne's wife in Under the Volcano. She also received a César Award for her role in the French film, La Cérémonie. Since the mid-80's Bisset has appeared in many made-for-TV movies, including the 2003 movie, American's Prince: The John F Kennedy, Jr. Story where she portrayed Jacqueline Kennedy Onassis. Unlike many actresses who have difficulty finding work after 40, Bisset has made a seamless transition from leading lady to character actress. She remains in demand in Hollywood and in Europe, and fairly recently had a recurring role on the TV series Nip/Tuck. Bisset has never married, although she has had several lengthy romances. She has no children of her own, but is the godmother to actress, Angelina Jolie. She divides her time between homes in England and Beverly Hills. 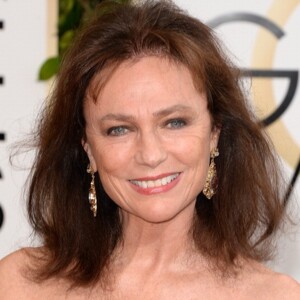