Jacob Latimore is an American singer who has a net worth of $1.2 million. Jacob Latimore has earned his net worth as an R & B recording artist for Jive Records and Crown World Entertainment. Jacob was born on August 10, 1996 in Milwaukee, Wisconsin; his very first single recorded was "Best Friend" that made it onto Radio Disney.

His first single became part of Radio Disney's Incubator program, which features upcoming young musicians. Jacob was only 10 when he performed on Maury in 2006; this episode was called the "Most Talented Kids". To further his career Jacob and his family moved to Atlanta, Georgia in early 2007, later that year, his single "Superstar" made the Billboard R&B and Hip Hop Charts. He has performed at several venues across the country including the House of Blues, Bradley Center and Navy Pier. He was signed to Jive Records in March 2010, than on December 12th, 2010, Latimore released his single "Like 'Em All" ft. Diggy Simmons. A few short months later he shot his first video for that single, it was released in early 2011. He also added acting to his list of talents appearing in a post-apocalyptic thriller Vanishing on 7th Street, as well episodes of Tyler Perry's House of Payne, and One Tree Hill. Latimore has also guest starred on the Disney Channel show So Random and the new BET sitcom Reed Between The Lines. He will be featured on the 2011 Scream Tour "The Next Generation" headlined by Mindless Behavior and Diggy Simmons. He released an alternate version of his single Like 'Em All, on September 9, 2011. 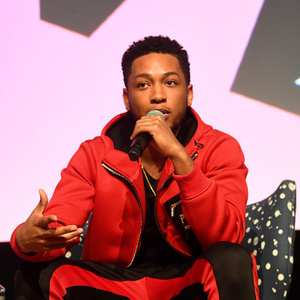