Jacob Artist Net Worth: Jacob Artist is an American actor, dancer, and singer who has a net worth of $1 million. Born in Buffalo, New York, in 1992, Jacob Artist danced as a child, learning at the David DeMarie Dance Studio. He was accepted into The Juilliard School, but instead decided to move to Los Angeles to focus on acting.

Two years later, Artist was cast on the hit Fox series "Glee" as Jake Puckerman. He landed the recurring role in 2012 during the show's fourth season and became a main cast member during season five. Artist plays the younger brother of the popular character Puck, who's played by Mark Salling. Artist also appeared in "How to Rock" as Dean Hollis in 2012 and as Cameron in "Melissa and Joey" the same year. He played Stephen Sullivan in 2012's "Blue Lagoon: The Awakening", a Lifetime TV movie about high schoolers marooned on a desert island off the coast of Trinidad and their ensuing relationship. He also appeared as Parker in 2013's "After the Dark". Artist had a part in 2013's "White Bird in a Blizzard". The six-foot-two actor earned Abercrombie & Fitch honors as a star on the rise in 2013, and served as a Coca Cola P10 Coke Mismo product ambassador. 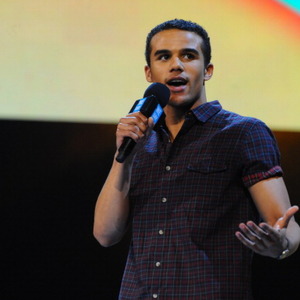