Jacob Anderson net worth: Jacob Anderson is a British actor and singer who has a net worth of $3 million. Jacob Anderson was born in Bristol, England in June 1990. He is best known for playing the role of Grey Worm on the television series Game of Thrones. As an actor he had a recurring role as Simon in the TV mini-series Injustice in 2011. In 2012 he starred as Kevin in the TV series Episodes. In 2013 Anderson starred as Dean Thomas in the television series Broadchurch. From 2013 to 2014 he starred as Grey Worm in the series Game of Thrones. From 2013 to 2014 he starred as Steven in the television series The Mimic. Anderson has also starred in the movies Adulthood, Chatroom, 4.3.2.1, Demons Never Die, Offender, and Comedown. In 2015 he was nominated for a Screen Actors Guild Award for Game of Thrones. As a singer he signed with Columbia records and released an EP in 2013 called The Middle Child using the stage name Raleigh Ritchie. He released the Eps Black and Blue and Black and Blue Point Two in 2014. His single "Stronger Than Ever" reached #30 on the UK Chart. 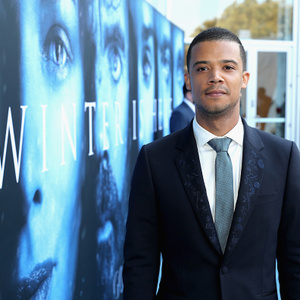