After graduating from Interlochen Arts Academy, a private school for the arts in Interlochen, Michigan, where he majored in acting, Rathbone moved to Los Angeles, California to test the waters in film acting. He was soon cast in Disney 411 where he interviewed such up-and-coming acts as Hillary Duff and the sister duo Aly & AJ. He then landed guest roles on The O.C. and Close to Home. His other film roles include Molding Clay, Pray for Morning and Travis and Henry. His huge break came when he was cast in the movie Twilight, a movie based on the novel written by Stephenie Meyer, and a role he continued to play throughout the remaining Twilight movie sequels. He is an honorary member of the band Little Kids Rock, a national nonprofit that works to restore and revitalize music education in disadvantaged U.S. public schools. Rathbone is a distant relative of Civil War general Stonewall Jackson and famous British actor Basil Rathbone. 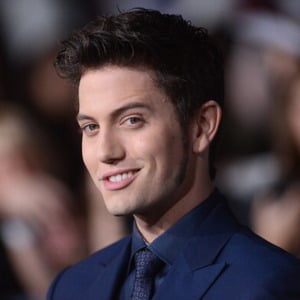