Jackson Nicoll net worth: Jackson Nicoll is an American actor who has a net worth of $1 million dollars. Jackson Nicoll was born in Seabrook, New Hampshire, and began his professional acting career in 2010, when he was seven. He made his debut in the short film, "Kidwalker", and has since gone on to appear in such film projects as "The Fighter", "Arthur", "What's Your Number?", "The Standup", and "Funsize".

He is most widely recognized as Billy from the film, "Jackass Presents: Bad Grandpa". In addition to his film work, he has appeared on the television series, "Ridiculousness". The young actor has multiple projects coming up over the next few years, including playing the role of Wendell in the feature film, "Staten Island Summer", and the role of Jackson in the short film, "Oneiromancy". At just ten years old, he has already appeared on multiple talk shows, including "Conan", "Chelsea Lately", and "Jimmy Kimmel Live!". 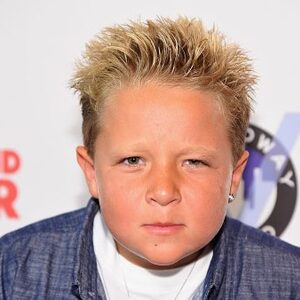