How much is Jackie Shroff Worth?

Jackie Shroff Net Worth: Jackie Shroff is an Indian actor who has a net worth of $26 Million. Born on February 1, 1960 in Mumbai, India, Shroff has appeared in over 151 films. His birth name is Jaikishen Kakubhai Shroff, and he is best recognized for Gujarati cinema and Bollywood. His screen name, "Jackie," was assigned to him after his role in Hero. Shroff began working for commercials and modeling for advertisements. He has been active in the film industry since 1982 and has been featured in at least nine different languages including Bengali, Malayalam, Hindi, Tamil, Kannada, Telugu, Marathi, Punjabi, and Oriya. Shroff has been married to long-time sweetheart, Ayesha Dutt, since 1987. She is now a film producer and helps run the couple's media identity, Jackie Shroff Entertainment. Shroff made his film debut in 1983 for the movie Swami Dada. Later that year he was selected for the lead role in Hero. He has received the 1990 Filmfare Best Actor Award, the 1995 and 1996 Filmfare Best Supporting Actor Awards, and the 2007 Special Honour Jury Award for Outstanding Contribution to Indian Cinema. Shroff has two children by the names of Tiger and Krishna and previously owned ten percent shares of Sony TV until 2012 when they decided to sell their stake. 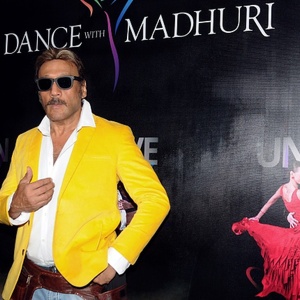