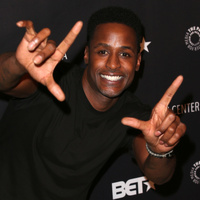 Jackie Long Net Worth: Jackie Long is an American actor, writer, musician, director and producer who has a net worth of $1 million dollars. Jackie Long was born October 23, 1981 in Pasadena, California. He is best known for Grand Theft Auto V (2013), Soul Men (2008) and Love Wrecked (2005). In the Will Smith-produced cult-classic ATL, Long played Benjamin "Esquire" Gordon. In Idlewild, he co-starred with T.I and Big Boi,; in The Comebacks he portrayed the macho wide receiver, Trotter; in Soulmen he played alongside the late Bernie Mac, the late Isaac Hayes and Samuel L. Jackson. He also starred in Love for Sale, Love Wrecked, The Magnificent Cooly-T and Hurricane Season, co-starring the Oscar-winning Forest Whitaker. His television credits include Nick Cannon's improv comedy show Wild'n Out on MTV; the Gosper Music Channel's (GMC) film, A Cross to Bear; Love That Girl!, on the TV One network, co-starring Tatyana Ali; and a guest-starring role on the BET sitcom, Let's Stay Together where he plays Micah, Kita's love interest. On August 31, 2012, Jackie Long was awarded the Fortune Award by the NAACP's Baton Rouge, LA chapter for his work with The Achievement Academy, his commitment to youth empowerment and his green initiatives.