Jackie Johnson net worth: Jackie Johnson is an American weather forecaster who has a net worth of $750 thousand. Jackie Johnson was born in Plymouth, Michigan, and went on to attend the University of South Alabama, where she majored in Meteorology. She subsequently transferred to Middle Tennessee State University, and graduated with a degree in Broadcast Journalism.

From there, she relocated to Florida to work as a reporter and weekend weather anchor in Tallahassee. She then became a forecaster and reporter for WSVN-TV in Miami, and then moved to KCAL 9 News in Los Angeles, to serve as their primetime weather anchor. In 2010, she became the weather anchor for KCBS-TV in Los Angeles. She is also the weather forecaster for CBS's radio affiliate, KNX1070. In addition to her broadcasting career, she has also played a meteorologist in various film and television projects, including "Las Vegas", "All About Steve", "Battleship", and "NCIS". 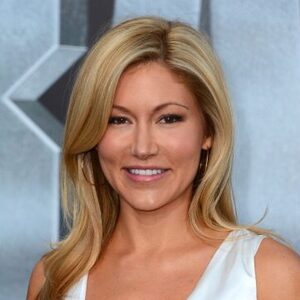