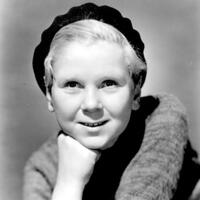 Jackie Cooper Net Worth: Jackie Cooper was an American actor, television director, producer and executive who had a net worth of $18 million dollars. Jackie Cooper was born on September 15, 1922 in Los Angeles, California. He was a child actor who managed to make the transition to an adult career. Cooper was the first child actor to receive an Academy Award nomination. At age 9, he was also the youngest performer to have been nominated for an Academy Award for Best Actor in a Leading Role—an honor that he received for the 1931 film "Skippy". For nearly 50 years, Cooper remained the youngest Oscar nominee in any category. Cooper served in the United States Navy during World War II and remained active in the reserves for the next several decades, reaching the rank of Captain. He was married three times. From 1964 to 1969, Cooper was vice president of program development at Columbia Pictures Screen Gems TV division. He was responsible for packaging series, such as "Bewitched", and other projects and selling them to the networks. He reportedly cast Sally Field as "Gidget". Cooper died on May 3, 2011 after a short illness, in Santa Monica, California. He was survived by sons from his first and third marriages. He outlived both of his daughters as well as his third wife. He was interred at Arlington National Cemetery in Arlington, Virginia, in honor of his naval service.