Jacki Weaver Net Worth: Jacki Weaver is an Australian actress who has a net worth of $2 million. Jacki Weaver was born in 1947 in Sydney, New South Wales, Australia, and decided to forgo her college scholarship to pursue her acting career. Weaver made her on-screen debut in the 1966 TV show "Wandjina!".

Her film debut came several years later in 1971's "Stork". She won an Australian Film Institute Award for the part, and soon appeared in "Alvin Purple", "Picnic at Hanging Rock", and "Caddie", which helped fuel her status as an Australian sex symbol. As her career progressed, Weaver focused more heavily on stage productions, appearing in "Uncle Vanya", "Last of the Red Hot Lovers", "A Streetcar Named Desire", "Death of a Salesman", and "Last Cab to Darwin". She earned her first Oscar nod for 2010's "Animal Kingdom" an Australian crime drama. Her first Hollywood movie was "The Five Year Engagement" with Jason Segel and Emily Blunt in 2012. A year later, she was nominated for her second Academy Award for "Silver Lining Playbook". Weaver has been married several times. Her most recent marriage is to actor Sean Taylor; they tied the knot in 2004. Weaver has one son with her former partner John Walters. 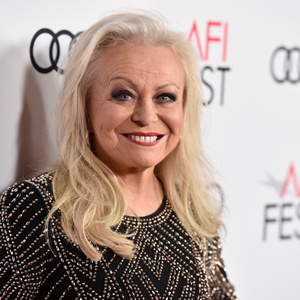