Jackee Harry Net Worth: Jackee Harry is an American actress and television personality who has a net worth of $6.5 million dollars. She is probably best known for her roles as "Sandra Clark", the sexy neighbor on the TV series 227, and as "Lisa Landry" on the sitcom Sister, Sister. Jackee Harry was born on August 14, 1956 in Winston-Salem, North Carolina and raised in Harlem, New York, where she studied acting at the High School of the Performing Arts on the Lower East Side in New York City. She was an American History teacher at Brooklyn Technical High School before beginning a career on the New York stage. In 1983, she made her acting debut in Another World as "Lily Mason", a role she continued until 1986. In 1985, Harry began a co-starring role as the apartment building vamp, "Sandra Clark", on the NBC sitcom 227. Her performance on 227 inspired NBC producers to create a television pilot for her entitled Jackée. Although the pilot episode was a success with audiences, the series did not last and the episode is now shown as an episode of 227. From 1994 until 1999, Harry played Tia Mowry's character's adoptive mother, "Lisa Landry", on the sitcom, Sister, Sister. She is the first African American to win an Emmy Award for Outstanding Supporting Actress in a Comedy Series. More recently, she was cast as "Pauletta Birdsong" in Byron Allen's Syndicated Sitcom The First Family and "Evelyn Rand" in the sitcom Girl Meets World. In 2015, she also appeared on the hit ABC reality series, Celebrity Wife Swap, where she traded lives with Traci Lords. 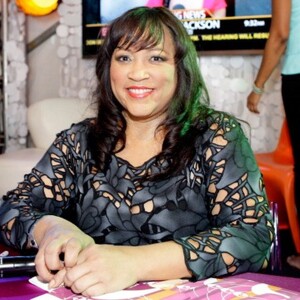