Jack Webb net worth: Jack Webb was an American actor, director, producer, and screenwriter who had a net worth equal to $10 million at the time of his death in 1982. Jack Webb was born in Santa Monica, California in April 1920 and passed away in December 1982. He was best known for his role as Sergeant Joe Friday in the television and radio series Dragnet, which he also created and produced.

Webb founded his own production company Mark VII Limited and was known by the pen name John Randolph. He created, wrote, and starred in Dragnet from 1952 to 1954 and Dragnet 1967 from 1967 to 1970. Webb also created the TV series O'Hara, U.S. Treasury, Adam-12, and The New Adam-12. As a singer he released three albums including his debut Songs from Pete Kelly's Blues in 1955. Webb was awarded stars on the Hollywood Walk of Fame for Television at 6278 Hollywood Blvd, and for Radio at 7040 Hollywood Blvd. He was also nominated for five Primetime Emmy Awards. Jack Webb passed away on December 23, 1982 at 62 years of age. 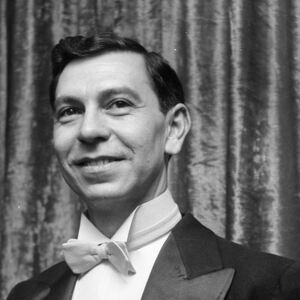