Jack Wagner is an American actor and singer who has a net worth of $9.8 million. Jack Wagner has earned his net worth from his roles on the soap operas General Hospital, The Bold and the Beautiful, and Melrose Place. He was born in Washington, Missouri on October 3, 1959, he was raised Catholic. He attained parochial school at St Gertrude, and later at St. Francis Borgia Regional High, both schools were in his hometown. He played both high school football and basketball, after graduating he attended the University of Missouri for one year. Then he attended a junior college and eventually attended the University of Arizona, where the drama department offered him a full scholarship. His debut acting role was in 1982 in the role of Clint Masterson in Douglas Marland's short-lived cable soap opera, A New Day In Eden. (Co-produced by Susan Flannery). Susan was later cast as Wagner's co-star on The Bold and the Beautiful; he is well-known for his long-term role of Frisco Jones on the soap opera General Hospital. He appeared on GH (1983–1988, 1989–1991, and 1994–95). He also played the role of Warren Lockridge from 1991-1993 on another soap opera called Santa Barbara. He has recorded and released five albums; he topped the Billboard charts in 1985 with the ballad "All I Need", the single reached #2 on the Hot 100 list by Billboard, and hit #1 on the Adult Contemporary chart. He married to actress Kristina Wagner, who was his co-star and love interest on General Hospital, they divorced in 2006 and the couple has two sons. Wagner is currently engaged to actress Heather Locklear, his love interest on Melrose Place. He is a two time host of the Miss Universe Pageant, once in 1998 in Honolulu, Hawaii and again in Chaguaramas, Trinidad and Tobago in 1999. 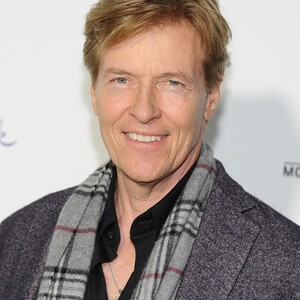