What Was Jack Palance's Net Worth?

Jack Palance was an American actor, singer, and poet who had a net worth of $10 million at the time of his death in 2006. Jack Palance won an Academy Award for his performance as 'Curly' Washburn in the 1991 film "City Slickers," and he starred as Circus Manager Johnny Slate on the ABC drama "The Greatest Show on Earth" (1963–1964).

Jack Palance was born Volodymyr Ivanovich Palahniuk on February 18, 1919, in Lattimer Mines, Pennsylvania. He was the son of Anna Gramiak and anthracite coal miner Ivan Palahniuk, who were both Ukrainian immigrants. Jack had five siblings, and during his youth, he worked in coal mines before pursuing a career as a professional boxer (using the name Jack Brazzo) in the late '30s. He said of his short-lived boxing career, "I thought, 'You must be nuts to get your head beat in for $200.' The theater seemed a lot more appealing." Palance spent two years at the University of North Carolina at Chapel Hill on a football scholarship, but he left after becoming unhappy with how much the sport had become commercialized.

Jack served in the U.S. Army Air Forces during World War II, and according to a persistent rumor, he became disfigured when he was "badly burned in a test flight over Arizona when the B-24 bomber he piloted crashed and exploded" and had to undergo reconstructive surgery. Palance responded to the rumors, stating, "Studio press agents make up anything they want to, and reporters go along with it. One flack created the legend that I had been blown up in an air crash during the war, and my face had to be put back together by way of plastic surgery. If it is a 'bionic face', why didn't they do a better job of it?" Jack was honorably discharged in September 1945, then he enrolled at Stanford University. Palance left school before he completed the last credit required for graduation, and he made his Broadway debut in a 1947 production of "The Big Two." 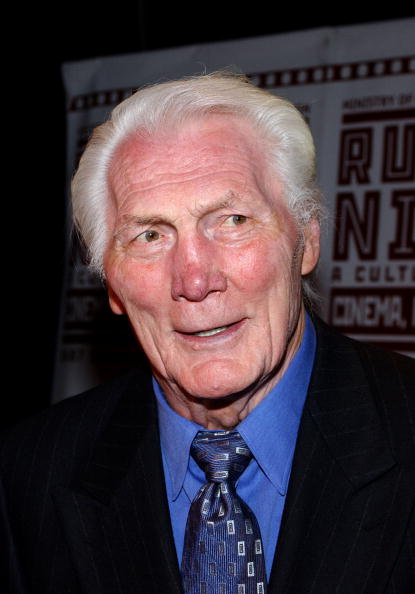 In 1991, Palance played 'Curly' Washburn in the comedy "City Slickers" alongside Billy Crystal, Daniel Stern, and Bruno Kirby, and his performance earned him an Academy Award and a Golden Globe. He also starred in 1994's "City Slickers II: The Legend of Curly's Gold" as a different character, Duke Washburn. Jack then lent his voice to the animated movie "The Swan Princess" (1994) and appeared in the films "The Incredible Adventures of Marco Polo" (1998), and "Prancer Returns" (2001), the miniseries "Buffalo Girls" (1995), and the TV movies "Sarah, Plain and Tall: Winter's End" (1999) and "Living With the Dead" (2001). Palance also portrayed Long John Silver in the 1999 film "Treasure Island" and Ebenezer Scrooge in the 1998 TV movie "Ebenezer." His final role was Paul 'Poppy' Davitch in the 2004 TV movie "Back When We Were Grownups."

Jack married Virginia Baker on April 21, 1949, and they welcomed three children, Holly, Cody, and Brooke, before divorcing in June 1968. Brooke married Michael Howard Wilding, the son of actors Elizabeth Taylor and Michael Charles Gauntlet Wilding. Cody co-starred with Jack in "Young Guns" and "God's Gun," and he died of malignant melanoma in 1988. Jack later hosted The Cody Palance Memorial Golf Classic in his honor. Palance married Elaine Rochelle Rogers on May 6, 1987, and they remained married until his death in 2006. Jack enjoyed painting landscapes, and he sold his art with a poem on the back of each painting.

Jack died of natural causes on November 10, 2006, at the age of 87. He passed away surrounded by family at the Montecito home of his daughter Holly.

Palance was nominated for three Academy Awards for Best Actor in a Supporting Role, winning for "City Slickers" in 1992. His other nominations were for "Sudden Fear" (1953) and "Shane" (1954). Jack won a Primetime Emmy for Best Single Performance by an Actor for "Playhouse 90" in 1957, and he received a Golden Globe for Best Performance by an Actor in a Supporting Role in a Motion Picture for "City Slickers" in 1992. "City Slickers" also earned him an American Comedy Award for Funniest Supporting Actor in a Motion Picture as well as nominations from the 20/20 Awards and Chicago Film Critics Association Awards. Palance won a Laurel Award for Top Character Performance for "Shane" in 1954, and in 1993, "Legends of the West" (which he hosted) earned a Western Heritage Award for Factual Narrative. That year Jack was also honored with a Golden Boot Award, and in 1998, he received a Lifetime Achievement Award at WorldFest Flagstaff. In 2001, he won a DVD Exclusive Award for Best Supporting Actor for "Prancer Returns," and he earned an Online Film & Television Association Award nomination for Best Supporting Actor in a Motion Picture or Miniseries for "Back When We Were Grownups" in 2004. In 1960, Palance received a star on the Hollywood Walk of Fame for Television, and he was inducted into the National Cowboy & Western Heritage Museum's Western Performers Hall of Fame in 1992.

Palance owned a 150-acre property in Pennsylvania he named Holly-Brooke Farm, and in 2006, he sold the property and put more than 3,000 items up for auction, including art, furniture, and musical instruments.

In the 1950s Jack bought a home in Beverly Hills for an undisclosed amount. The home has sold a number of times in the years since his passing. 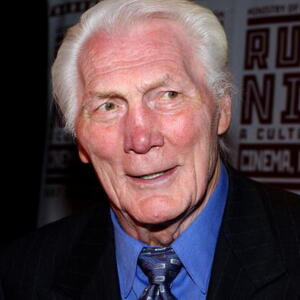