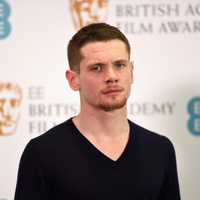 Jack O'Connell net worth: Jack O'Connell is an English actor who has a net worth of $2 million. Jack O'Connell was born in Alvaston, Derby, England in August 1990. He made his acting debut in 2005 starring as Ross Trescot in the television series The Bill and appearing in an episode of the TV series Doctors. In 2011 he starred as Eamonn in the TV series The Runaway. From 2009 to 2013 O'Connell starred as James Cook in the television series Skins. He has starred in the movies This Is England, Eden Lake, Harry Brown, United, Weekender, The Somnambulists, Tower Block, Private Peaceful, The Liability, Starred Up, '71, 300: Rise of an Empire, and Unbroken. In 2015 he won a BAFTA EE Rising Star Award. O'Connell has also won awards from the Chicago Film Critics Association Awards, Dublin Film Critics Circle Awards, Dublin International Film Festival, Fantasporto, Fright Meter Awards, Hollywood Film Awards, Les Arcs European Film Festival, National Board of Review, New York Film Critics, Online, and TV Quick Awards.