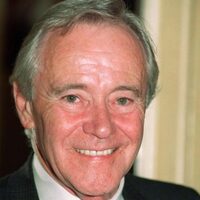 What Was Jack Lemmon's Net Worth and Salary?

Jack Lemmon was born John Uhler Lemmon III on February 8, 1925, in Newton, Massachusetts. Jack's mother, Mildred, gave birth to him at Newton-Wellesley Hospital, in an elevator. His father, John, was the president of the Doughnut Corporation of America. Lemmon's parents split up when he was 18 years old, but they never officially divorced. Jack studied at John Ward Elementary School and the Rivers School, and he was often ill during his childhood. By the time Lemmon was 10, he had undergone three operations on his ears, and by the age of 12, he had spent nearly two years in the hospital. He became interested in acting when he was 8 years old, and he began performing in school plays. Jack attended Rivers Country Day School and graduated from Phillips Andover Academy in 1943, then he enrolled at Harvard. While attending Harvard, he served as president of the Hasty Pudding Club, and since he was not allowed to act in stage productions due to academic probation, he sometimes acted onstage using pseudonyms like Timothy Orange. Lemmon joined the V-12 Navy College Training Program and briefly served as an ensign on the USS Lake Champlain during World War II, then he returned to Harvard and earned a War Service Sciences degree in 1947. He then studied acting with Uta Hagen at New York City's HB Studio. Jack learned to play piano as a teenager, and after moving to NYC, he played at the Old Knick bar. 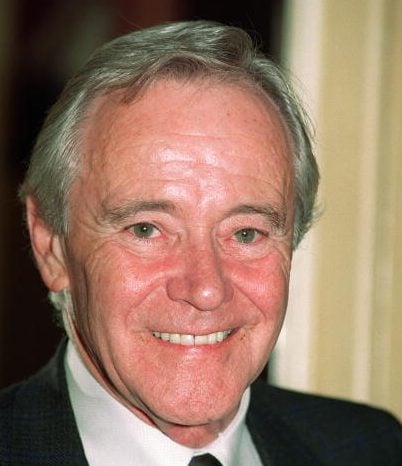 Jack married actress Cynthia Stone on May 7, 1950, and they welcomed son Chris (born 1954) before divorcing in 1956. Lemmon wed actress Felicia Farr on August 17, 1962, and they had a daughter, Courtney, in 1966. Jack was also stepfather to Felicia's daughter Denise. The couple remained married until Lemmon's death in 2001. Jack was Catholic, a registered Democrat, and a member of the National Student Film Institute advisory board. He loved golf and often played in the AT&T Pebble Beach Pro-Am at California's Pebble Beach Golf Links. In the '70s, Lemmon turned to alcohol to cope with stress, and in 1976, he was fined for DUI; he gave up alcohol in the early '80s.

On June 27, 2001, Jack passed away at the age of 76. According to his spokesman, the cause of death was "complications related to cancer." Lemmon was buried at Westwood Village Memorial Park Cemetery in Los Angeles, and his former co-stars Marilyn Monroe and Walter Matthau are also buried there, as is director Billy Wilder. Jack's funeral was a private ceremony, and stars such as Shirley MacLaine, Sidney Poitier, Gregory Peck, and Kirk Douglas attended.

Lemmon earned eight Academy Award nominations, winning for Best Actor in a Supporting Role for "Mister Roberts" in 1956 and Best Actor in a Leading Role for "Save the Tiger" in 1974. His other nominations were for "Some Like It Hot," "The Apartment," "Days of Wine and Roses," "The China Syndrome," "Tribute," and "Missing." Jack received six Primetime Emmy nominations, taking home the prize for Outstanding Single Program – Variety or Musical – Variety and Popular Music for "'S Wonderful, 'S Marvelous, 'S Gershwin" in 1972 and Outstanding Lead Actor in a Miniseries or a Movie for "Tuesdays with Morrie" in 2000. He was also nominated for "The Entertainer," "The Murder of Mary Phagan," "12 Angry Men," and "Inherit the Wind." Lemmon earned more than 20 Golden Globe nominations, winning Best Actor – Comedy or Musical for "Some Like It Hot" (1960) and "The Apartment" (1961), Best Actor in a Motion Picture – Comedy or Musical for "Avanti!" (1973), the Cecil B. DeMille Award (1991), the Special Award for Ensemble Cast for "Short Cuts" (1994), and Best Performance by an Actor in a Miniseries or Motion Picture Made for Television for "Inherit the Wind" (2000).