Jack Huston Net Worth: Jack Huston is an English actor who has a net worth of $5 million dollars. Jack Alexander Huston was born in London, England in December 1982. He is best known for playing the role of Richard Harrow on the TV series Boardwalk Empire. Jack is the nephew of actress Anjelica Huston.

He started acting at six years old and played Peter pan in a school play. Huston attended the Hurtwood House. His first appearance came in the TV movie Spartacus in 2004. He appeared in films Factory Girl, Shrooms, Outlander, Shrink, Boogie Woogie, Mr. Nice, and The Twilight Saga: Eclipse. From 2009 to 2010 Huston played Jamie in the series Eastwick. His best known role came in the HBO series Boardwalk Empire from 2010 to 2013. He appeared in the films The Hot Potato, Two Jacks, Not Fade Away, Kill Your Darlings, Night Train to Lisbon, and American Hustle. Huston is scheduled to play the part of Frankenstein's monster in the upcoming film Mary Shelley. He has won two Screen Actors Guild Awards and awards from the Central Ohio Film Critics Association, Hamptons International Film Festival, and the New York Film Critics, Online. Jack is dating model Shannan Click and the couple has a daughter together. 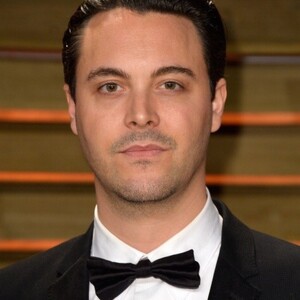