Jack Dylan Grazer was born in Los Angeles, California in September 2003. He made his debut in an episode of the TV series The Greatest Even tin Television History in 2014. From 2017 to 2018 he starred as Young Alex on the television series Me, Myself, and I. Grazer appeared in the movie Tales of Halloween in 2015. In 2017 he starred as Eddie Kaspbrak in the movie It. Jack Dylan Grazer has also appeared in the movies Scales: Mermaids Are Real, Beautiful Boy, It Chapter Two, and Shazam! where he starred as Freddy Freeman with Adam Brody. Grazer won an MTV Movie + TV Award for Best On-Screen Team for It in 2018. He also won a Hollywood Critics Association Award for Next Generation of Hollywood in 2019. He is the nephew of Brian Grazer. 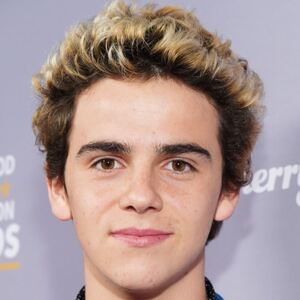