How much is Jack Blades Worth?

Jack Blades net worth: Jack Blades is an American musician who has a net worth of $20 Million. Jack Blades was born in Palm Desert, California, and discovered a love of music early on. He was given a plastic ukulele for his eighth birthday and then graduated to the guitar. He went on to attend San Diego State University with the intention of becoming a doctor. However, after jamming with Pat Rizzo and Jerry Martini of Sly and the Family Stone, he left school behind and moved to San Francisco. He subsequently founded the band Rubicon with Jerry Martini and Brad Gillis. The group released two albums and had one hit song before disbanding in 1979. He founded Night Ranger in the early 80s, and the band has since released nine successful studio albums, and continues to tour together. He formed Damn Yankees in the early 90s, and after releasing two massively successful albums and touring constantly for four years, the band went on hiatus. He also performs as part of the duo, Shaw/Blades, with Tommy Shaw. He has released two solo albums, as well. 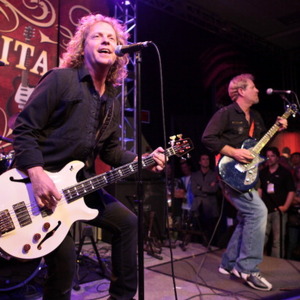