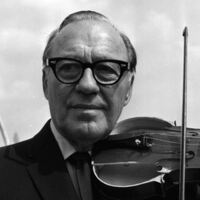 Jack Benny net worth and salary: Jack Benny was an American comedian, vaudevillian, actor, and violinist who had a net worth equal to $30 million at the time of his death in 1974 (adjusting for inflation). Jack Benny was born in Chicago, Illinois in February 1894 and passed away in December 1974. He acted for television and film as well as radio and was one of the most popular 20th century American entertainers. He was known for playing the role of a miser who played a violin poorly and always claimed to be 39 years old. Benny had remarkable comic timing and was known for his signature word "Well!". He made his film debut in 1929 for Metro-Goldwyn-Mayer and also worked for Paramount Pictures, Warner Brothers, Columbia Pictures, and more. He starred in the TV series The Jack Benny Program from 1950 to 1965. Benny won a Golden Globe Award in 1958 for Television Achievement. He won two Primetime Emmy Awards for The Jack Benny Program and received three stars on the Hollywood Walk of Fame for Motion Picture, Television, and Radio. Jack Benny passed away on December 26, 1974 at 80 years old.

Jack Benny's Estate Value: According to a court disclosure a year after his death, the Jack Benny's estate was worth $5,852,000 in 1974. That's equal to $30 million in today's inflation-adjusted dollars. Included in his estate was a 1729 Stradivarius violin that at the time was valued at $46,000. It is one of roughly 500 left in the world. He also owned a mansion in LA's ultra-exclusive Holmby Hills neighborhood directly across the street from the Playboy Mansion. The property was sold in 1985 for $3 million, two years after Benny's widow Mary Livingston died.