J.P. Manoux net worth: J.P. Manoux is an American actor, comedian, and television personality who has a net worth of $400 thousand. J.P. Manoux was born in Fresno, California in June 1969. Manoux has over 140 acting credits to his name starting with the video Pumpkinhead: Blood Wings in 1993.

From 2004 to 2006 he played the roles of Curtis or Mr. Hackett on the television series Phil of the Future. From 1996 to 2008 Manoux played the recurring role of Dr. Dustin Crenshaw on the TV series ER. He voiced the role of Kuzco on the animated TV series The Emperor's New School from 2006 to 2008 and voiced the role of Johnny Hitswell on the series The Replacements from 2006 to 2009. From 2009 to 2010 he starred as S.T.A.N. on the television series Aaron Stone. Since 2014 Manoux has starred as Bryce McBradden in the series Spun Out. He has also starred in the movies Treasure Island, Inspector Gadget, Galaxy Quest, Ocean's Eleven, Scooby-Doo, EuroTrip, Scooby Doo 2: Monsters Unleashed, The Day After Tomorrow, Meet the Fockers, Knocked Up, Transformers, and Scary Movie 5. In January 2015 Manoux turned himself in to Toronto Police after it was found that he had a hidden camera in his rental condo property and was charged with voyeurism. 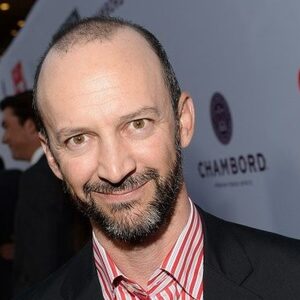