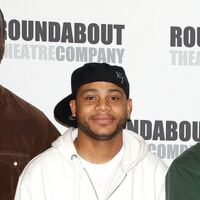 J.D. Williams Net Worth: J.D. Williams is an American actor who has a net worth of $1 million. Born Darnell Williams in Newark, New Jersey, in 1978, J.D. Williams first began acting on stage and in music videos. He mostly appeared in R&B and hip-hop videos during the early to mid 2000s, including Aaliyah's "Miss You", Mariah Carey's "Through the Rain", Tupac's "Ghetto Ghospel", and Mario's "How Could You". He made his on-screen debut in one episode of "New York Undercover" in 1997 and his film debut in "24-Hour Woman" in 1999. Two years later, Williams starred in "Pootie Tang" and "Popcorn Shrimp". His TV career has proven more illustrious than his movie career to date. Williams' smaller TV roles include "Law & Order", "The Sopranos", "Homicide: Life on the Street", "Sex and the City", "The Kill Point", "Detroit 1-8-7", "The Good Wife", and "The Following". Williams is best known for appearing in close to two-dozen episodes of the hit series "Oz" between 1997 and 2000 and in 42 episodes of HBO's hit series "The Wire" between 2002 and 2006. Williams' other film and theatre credits include "Mr. Smith Gets a Hustler", "Two Guns", "The Warriors", "Shanghai Hotel", "Code Blue", "Happy New Year", "Falling Awake", "Sex, Money and You Already Know", "An American in Hollywood", "Streamers", and "A.M. Sunday".