A. J. Cook Net Worth

in Richest Celebrities › Actors
A. J. Cook Net Worth:
$5 Million

A. J. Cook Net Worth: A. J. Cook is a Canadian actress who has a net worth of $5 million dollars. She is most widely recognized for her co-starring role on the series, "Criminal Minds".

A. J. Cook was born in Oshawa, Ontario, Canada, and grew up focused on becoming a professional dancer. She began taking classes in ballet, jazz, and tap when she was four, and danced competitively until she was sixteen. She subsequently chose to shift her focus to acting, and began her professional on-camera career with a commercial for McDonald's in the mid-90s. She has since gone on to appear in a steady string of film and television projects, including "Laserhawk", "Goosebumps", "Psi Factor: Chronicles of the Paranormal", "The Virgin Suicides", "First Wave", "The Spiral Staircase", "Ripper", "Out Cold", "Final Destination 2", "Dead Like Me", "Tru Calling", "Bloodsuckers", "I'm Reed Fish", "Night Skies", "Mother's Day", "Least Among Saints", and "Wer". 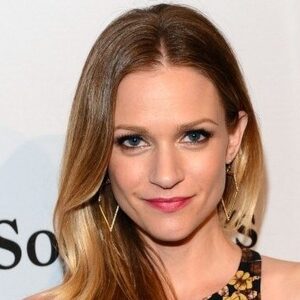