A. J. Benza Net Worth

in Richest Celebrities › Actors
A. J. Benza Net Worth:
$500 Thousand

A.J. Benza net worth: A.J. Benza is an American television host and gossip columnist who has a net worth of $500 thousand. A.J. Benza was born in New York, New York in June 1962. He majored in journalism at C.W. Post College and started his career writing for Newsday.

Benza became the gossip columnist for the New York Daily News and he also started appearing on The Gossip Show on E! Entertainment Television. Benza also appeared on episodes of the TV series Hard Copy, Geraldo, The Maury Povich Show, and The Montel William Show among others. He was fired from the New York Daily News and began hosted the E! television series Mysteries and Scandals. As an actor Benza has starred in the movies Ransom, The Deli, Not Even the Trees, Scriptfellas, Chump Change, Risque, P.S. Your Cat Is Dead!, Pauly Shore Is Dead, and Rocky Balboa. Benza has also appeared in episodes of the TV series Howard Stern, High Stakes Poker, Celebrity Fit Club USA, and Gimme My Reality Show!. He was banned from the Howard Stern Show after an incident in 2001. In 2001 Benza authored the book Fame, Ain't it a Bitch. A.J. dated fashion model Kara Young who was also linked to Donald Trump. 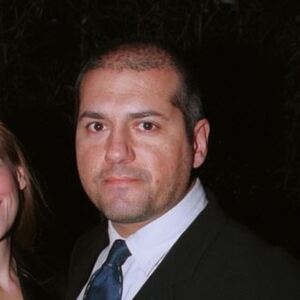