J Anthony Brown Net Worth: J Anthony Brown is an American comedian, actor and radio personality who has a net worth of $2 million. A precursor to today's hot Black comedy scene, Brown was eventually honored for his comedic talents with such accolades as the Peabody Award and the NAACP Image Award.

Born James Anthony Brown in Columbia, South Carolina, he first started his career in Atlanta, Georgia where he has been already living for some thirty years. A tailor by trade, Brown eventually discovered his talent for comedy and became a local club entertainer. In 1989, he went to Los Angeles, California to pursue work in TV. Since, Brown has turned into a titanic comedic force performing on Vibe, It's Showtime at the Apollo, Def Comedy Jam, An Evening at the Improv and The Oprah Winfrey Show. Furthermore, he landed recurring roles on such TV shows as Living Single, Moesha and The Parenthood, as well as guest turns on The Parkers and Sparks. As for the motion pictures, he had performed in How To Be a Player (1997), Pay The Price (2000), Drumline (2002) and Mr.3000 (2004). Currently, Brown is appearing on the Tom Joyner Morning Show, a nationwide radio show broadcast from Dallas, Texas. Aside from being an innovative comedian, Brown is also a successful businessman. He owns a line of products that carry his name, including his own clothing line "The J. Anthony Brown Collection". 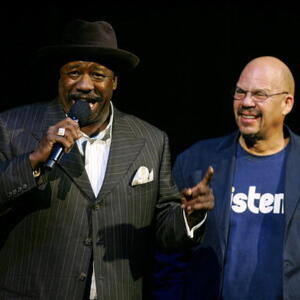