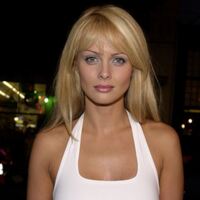 Izabella Scorupco net worth: Izabella Scorupco is a Polish actress, singer, and model who has a net worth of $4 million. Izabella Scorupco was born in Bialystok, Poland in Jun 1970. One of her best known roles came starring as Bong girl Natalya Simonova in the 1995 film GoldenEye. Scorupco has also starred in several other movies including With Fire and Sword, Vertical Limit, Reign of Fire, Exorcist: The Beginning, Cougar Club, Solstorm, and more. Izabella Scorupco released her debut studio album IZA in 1991 which reached #11 in Sweden. Her single "Shame, Shame, Shame" reached #2 in Norway and #3 in Sweden and her single "Substitute" also reached #3 in Sweden. As a model she appeared on cover the Vogue magazine. From 1996 to 1998 she was married to professional hockey player Mariusz Czerkawski. In 2012 she hosted the reality television series Sweden's Next Top Model. She has relocated to New York City and Los Angeles.