Ivana Milicevic net worth – Ivana Milicevic is an American actress who has a net worth of $6 million dollars. She was born in Yugoslavia in 1974 and her family immigrated to the U.S. when she was five years old. She grew up in Detroit, dancing for a local tribute band to New Kids on the Block while in high school.

She has had dozens of film credits, including "Enemy of the State", "Jerry McGuire", "Vanilla Sky", "House on Haunted Hill", "Frankenstein", "Casino Royale" and "What's Your Number? Milicevic also appeared on numerous TV shows, starring on CBS' "Love Monkey" in 2006 and earning a role on "Ugly Betty" in 2007. She was in several episodes of "House" and also starred with Peter Mackenzie and Maggie Lawson in an El Centro Theatre production of "greedy" in Hollywood. 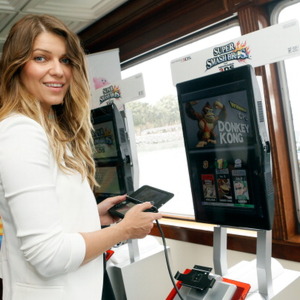