Ivana Baquero Net Worth: Ivana Baquero is a Spanish actress who has a net worth of $500 thousand. Ivana Baquero was born in Barcelona, Spain in June 1994. Ivana graduated from the American School of Barcelona in 2012. Her film debut's came in the movies Romasanta: The Werewolf Hunt and Rottweiler in 2004.

She starred in the film Fragile in 2005 as well as the TV movies Maria I Assou and Films to Keep You Awake: The Christmas Tale. At 11 years old she was chosen by director Guillermo del Toro to out of 1000 girls to play the leading role of Ofelia in his 2006 film Pan's Labyrinth. For that role Baquero a Goya Award for Best New Actress, making her the youngest to do so. She also won an Imagen Award for Best Actress, Premio ACE for Best New Actress, Saturn Award for Best Performance by a Younger Actor, and was nominated for multiple awards. She has since gone to on to star in the movies The Anarchist's Wife, The New Daughter, and Another Me. Baquero was listed in 2007 as one of the 50 most beautiful people by People en Espanol. 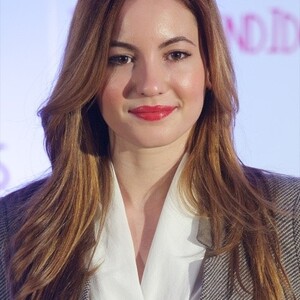