How much is Ivan Urgant Worth?

Ivan Urgant net worth: Ivan Urgant is a Russian television personality, actor, and musician who has a net worth of $10 million. Ivan Urgant was born in Leningrad, Russian SFSR, USSR in April 1978. He is best known for hosting Russia's first Western type late night talk show, Evening Urgant, since 2012. Urgant graduated from Saint Petersburg State Theatre Arts Academy. As a musician he released his debut solo album Estrada in 2012 under the name Grisha Urgant. He also owns a restaurant in Russia which translates to The Garden. Urgant has hosted many television shows for Channel One, RTR, and MTV Russia including Big Movie, Cheerful Morning, Total Show, Expresso, People's Artist, Pyramid, Great Premiere, Gusto, Circus With Stars, Big Difference, Circus, Single-story America, Tour de France, Their Italia, and The German Prize. Urgant has starred in the movies Junk, Six Degrees of Celebration, Lucky Trouble, Yolki 2, Yolki 3, and Yolki 1914. In 2008 he was nominated for an MTV Movie Award, Russia for Best Comedic Performance. 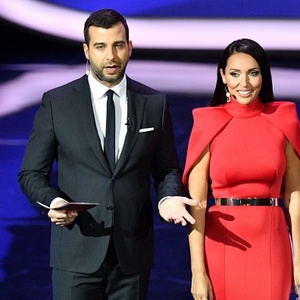