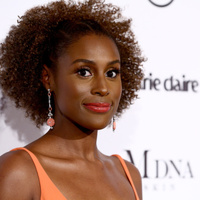 What Is Issa Rae's Net Worth?

She has more than 25 production credits to her name, including "A Black Lady Sketch Show," "The Photograph," "The Lovebirds," "Sweet Life: Los Angeles," and "Rap Sh!t." She wrote the 2015 "New York Times" bestseller "The Misadventures of Awkward Black Girl," and she voiced Mom in the 2019 Oscar-winning animated short film "Hair Love." "Time" magazine featured Rae on its list of "The World's 100 Most Influential People" in 2018 and 2022, and she was included on "Forbes" magazine's "30 Under 30" list in 2012. Issa launched the record label Raedio in 2019, and in 2021, her production company, Hoorae, entered into a five-year deal with WarnerMedia.

Issa Rae was born Jo-Issa Rae Diop on January 12, 1985, in Los Angeles, California. Her mother, Delyna (a teacher), is from Louisiana, and her father, Abdoulaye (a neonatologist/pediatrician), is from Senegal. Issa has four siblings, and the family briefly lived in Dakar, Senegal, during her childhood. Rae grew up in Potomac, Maryland, with "things that aren't considered 'black,' like the swim team and street hockey and Passover dinners with Jewish best friends."

The family returned to Los Angeles when Issa was in sixth grade, settling in the wealthy View Park-Windsor Hills neighborhood. She began acting while attending King Drew Magnet High School of Medicine and Science, and her parents split up when she was a teenager. After graduation, Rae earned a Bachelor of Arts degree in African and African-American Studies from Stanford University in 2007.

While studying at Stanford, she also wrote and directed stage plays and created music videos and the satirical web series "Dorm Diaries." As a Stanford student, Issa met Tracy Oliver, who later starred on and co-produced "The Misadventures of Awkward Black Girl." After earning her degree, Rae was awarded a theater fellowship at New York City's Public Theater, and she and Oliver began taking courses at the New York Film Academy. She considered going to law school or business school, but after "The Misadventures of Awkward Black Girl" gained popularity in 2011, she decided not to pursue either idea.

After "The Misadventures of Awkward Black Girl" debuted on YouTube in 2011, it went viral and led to attention from the media. Rae and Oliver launched a Kickstarter campaign to raise funds for the series, and they received 1,900+ donations totaling more than $56,000. The web series won a Shorty Award for Best Web Show in 2012, and she later created YouTube shows such as "The Choir" (2013–2015) and "Roomieloverfriends" (2013–2014). In 2014, Issa was involved with several short films, writing "Black Twitter Screening" and producing "Hard Times" and "Protect and Serve." In 2015, Rae made her feature film debut in "A Bitter Lime" and produced the movie "Killing Lazarus." In 2016, she began starring on "Insecure," which aired 44 episodes over five seasons and earned numerous awards and nominations, including 14 Primetime Emmy nominations and three Golden Globe nominations. The series was honored at the 2018 Peabody Awards for "creating a series that authentically captures the lives of everyday young, black people in modern society," and the American Film Institute named it one of 2017's Top 10 Television Programs. 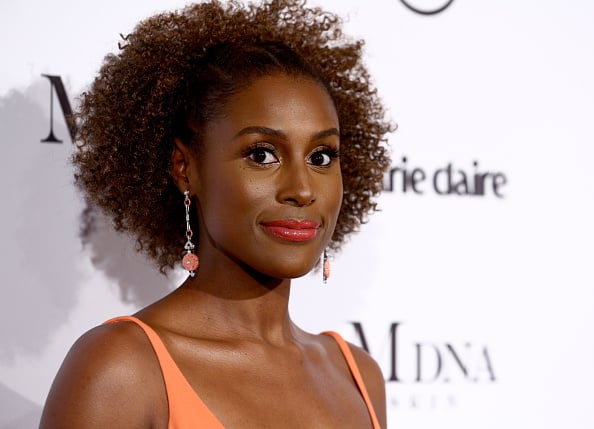 In 2018, Issa played April Ofrah in the drama "The Hate U Give," which is based on the 2017 Angie Thomas novel of the same name, and she lent her voice to two episodes of the Netflix animated series "BoJack Horseman." In 2019, she starred in the comedy "Little" alongside her "The Hate U Give" co-star Regina Hall and "Black-ish" star Marsai Martin, and she began producing and appearing on HBO's "A Black Lady Sketch Show." In 2020, Rae co-starred with Lakeith Stanfield in "The Photograph" and Kumail Nanjiani in "The Lovebirds," hosted "Saturday Night Live," guest-starred on "Sesame Street" and "#blackAF," and starred in the HBO movie "Coastal Elites." In 2022, she appeared in the film "Vengeance," which was written and directed by B. J. Novak, who is best known for playing Ryan Howard on the NBC sitcom "The Office." In June 2021, it was announced that Issa would be voicing Jessica Drew / Spider-Woman in the computer-animated Marvel film "Spider-Man: Across the Spider-Verse," in April 2022, she was cast in Greta Gerwig's "Barbie" film.

Issa married businessman Louis Diame in July 2021 in France. The first time Rae publicly wore her engagement ring was when she graced the cover of the April 2019 issue of "Essence" magazine. Issa has been vocal about police brutality against African-Americans, and after the 2016 shooting of Alton Sterling, she raised $700,000 to help his children attend college. She is also an advocate for women's rights and civil rights and has worked with organizations such as Black Lives Matter and the ACLU. Rae often highlighted Black-owned businesses on "Insecure," which she said has resulted in gentrification in South L.A., where she show was filmed. She told "The Hollywood Reporter" in 2021, "I'm like, 'Oh, what have I done, but I also feel proud of the Black businesses that we've heralded and the areas that we've championed."

Rae was honored with the Visionary Award at the 2022 PGA Awards, and she was presented with the Vanguard Award at the 2017 "Essence" Black Women In Hollywood event. In 2018, "Giants," a web series from her production company, was named Best Drama Series at The Streamy Awards, and she won a Webby Award for Video Person of the Year in 2019. In 2020, Issa earned People's Choice Award nominations for Favorite Drama Movie Star for "The Photograph" and Favorite Female Movie Star and Favorite Comedy Movie Star for "The Lovebirds." She has also received a Black Reel Award for Television nomination for Outstanding Guest Actress, Comedy Series for "A Black Lady Sketch Show" (2020) and NAACP Image Awards for Outstanding Character Voice-Over Performance (Television or Film) for "BoJack Horseman" (2019), Outstanding Guest Performance for "Saturday Night Live" (2021), and Outstanding Actress in a Motion Picture for "The Photograph" (2021).

Rae owns a home in South L.A., and in February 2022, she offered it for $56 per night on Airbnb during Valentine's Day weekend. She wrote in the listing:

"I'm inviting guests to spend a weekend in my hometown to experience the culture, businesses and communities that influence my storytelling on screen. I can't wait to show guests all the things that make black LA so special firsthand."

She added, "During this epic weekend, I hope you come to appreciate my community's rich history and its many contributions to LA."