Isla Fisher Net Worth: Isla Fisher is an Australian actress and author who has a net worth of $160 million. Her net worth includes that of her husband, British comedian and producer Sacha Baron Cohen. She is best known for her work in the films "Wedding Crashers," "Confessions of A Shopaholic," "The Great Gatsby," and "Now You See Me." She is also the author of several books.

Early Life: Isla Lang Fisher was born on February 3rd, 1976 in the country of Oman where her father worked as a banker for the United Nations. Her mother wrote romance novels. Her parents are of Scottish descent. They returned back to Scotland for a brief period after Fisher's birth but settled in Perth, Australia when she was six.

She and her four siblings grew up in Perth and she has described them as being a very "outdoorsy" family. She attended Swanbourne Primary School as a teenager and then Methodist Ladies' College where she began taking parts in school plays. Her on-screen debut came when she was only nine years old with role in a television commercial. Her professional acting debut came when she was seventeen with a couple of guest starring roles on the Australian children's shows "Bay City" and "Paradise Beach." With the help of her mother, she published two young adult novels when she was just eighteen.

Early Career: Fisher got her start on the Australian soap opera "Home and Away," which she starred in from 1994 to 1997. For her performances on the show, she received two Logie Award nominations which are similar to Emmy's in the United States. After production on the show concluded, she moved to Paris to attend the École internationale de théâtre Jacques Lecoq where she studied clown, mime, and musical theatre. After graduating, Fisher moved to LA where she was cast as Shaggy's love interest in the live action film "Scooby Doo," which premiered in 2002. Despite being a critical flop, the film was commercially successful, and her career would begin to take off the next year.

In 2003, she had supporting roles in the indie film "Dallas 362" and the comedy "Wannabees." In 2005, she received her breakthrough role in the film "Wedding Crashers" opposite Vince Vaughn and Owen Wilson. Her supporting role earned her an MTV Movie Award and two Teen Choice Award nominations. She went on to film "London," an independent drama starring Jessica Biel and Chris Evans, in 2005, and then in 2006, she played the lead opposite Jason Biggs in the romantic comedy "Wedding Daze." The film received mixed reviews but performed well at the box office. She received critical praise for her work in the thriller  "The Lookout," but the film was only screened in limited locations. The 2007 comedy "Hot Rod," in which she played a supporting role with Andy Samberg, was more critically and commercially successful. She continued to shine in comedies with her role in the 2008 romantic comedy "Definitely Maybe" as well as for her part in "Horton Hears a Who!" as a voice actor. 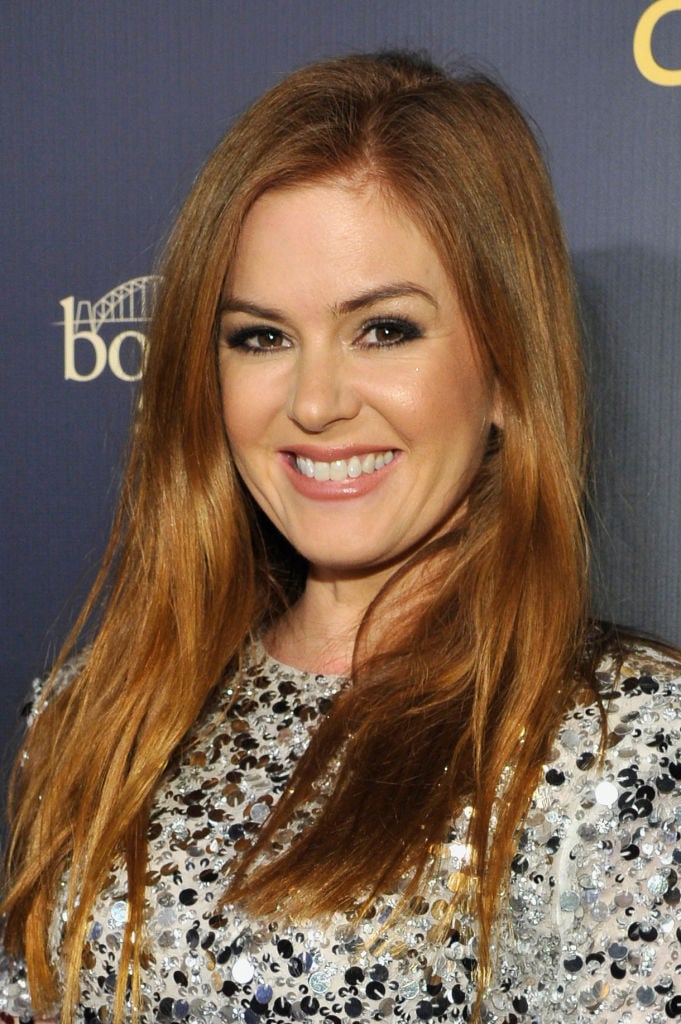 Established Career: Fisher got her first lead role in the 2009 comedy film "Confessions of A Shopaholic," in which she plays a finance journalist with a shopping addiction. The film was panned by critics, but it grossed over $100 million worldwide at the box office and earned Fisher her third Teen Choice Award nomination. Adding to her resume as a voice actor, she voiced characters in the 2011 Academy Award winning film "Rango" and the 2012 Golden Globe nominated film "Rise of the Guardians."

In 2013, she had two major movie releases. She had a supporting role in the thriller "Now You See Me," which won a People's Choice Award for Favorite Thriller, and she landed a minor role in the star-studded film "The Great Gatsby." Both films grossed over $350 million worldwide. That same year she was cast in the fourth season of the television show "Arrested Development," which earned her a Screen Actors Guild nomination for Outstanding Performance by an Ensemble in a Comedy Series. She considered acting in the series as one of the highlights of her career. She worked with her husband, Sacha Baron Cohen, in the 2016 action film "Grimsby," which he starred in as well as co-wrote. Also in 2016, she had a role in Tom Ford's neo-noir art film "Nocturnal Animals," which won second place at the 73rd Venice International Film Festival. In 2018, she had a supporting role in the comedy "Tag," starring with Ed Helms, Rashida Jones, and Jon Hamm. In 2020, she was cast as lead in the Disney fantasy children's film "Godmothered" opposite Jillian Bell.

Other Works: When she was eighteen, Fisher wrote the young adult books "Bewitched" and "Seduced by Fame," which her mother helped her get published. They were best-sellers. In 2016, Fisher wrote a children's book called "Marge in Charge." The story follows an eccentric, rainbow-haired babysitter who the two children end up having to monitor and keep out of trouble. After the positive reception that the first book was met with, she went on to author three more books for the series.

Personal Life: Prior to meeting her current husband, Fisher was engaged to British actor Darren Day, but the two split up in 2000. She met British comedian and producer, Sacha Baron Cohen, in 2002. They became engaged in 2004 and married in 2010. Fisher spent three years studying Judaism in order to convert to her husband's faith, and they had a traditional Jewish wedding ceremony. Upon completing her conversion, she took the Jewish name Ayala, the Hebrew word for "doe." She has stated that she observes the Jewish Sabbath. 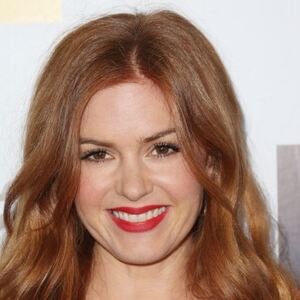