Isiah Whitlock Jr. Net Worth: Isiah Whitlock, Jr. is an American actor who has a net worth of $2 million dollars. He is perhaps best-known for his role on the critically acclaimed HBO series "The Wire" where he also became famous for his catchphrase "Sheeeeeeeeeeeeeeeeeeeeit". In 2020 he starred in the Spike Lee directed Netflix movie "Da 5 Bloods".

Isiah Whitlock Jr. was born in South Bend, Indiana, in 1954. He earned his degree in theater from Southwest Minnesota State University in 1976 and quickly found work with the American Conservatory Theater. He made his first screen appearance in 1981's TV movie "A Christmas Carol". He appeared in dozens of shows and movies before landing the part of the corrupt state senator Clay Davis on the hit HBO drama series "The Wire" from 2002 until 2008. Whitlock's most recent roles include "Veep", "The Angriest Man in Brooklyn", "The Blacklist", "Lucky 7", "Law & Order: Special Victims Unit", "Louie", "Smash", "The Good Wife", "Law & Order: Criminal Intent", "Gun Hill Road", "Cedar Rapids", and "Rubicon". Whitlock appeared in several Spike Lee movies, including "Red Hook Summer", "25th Hour", and "She Hate Me". His other TV and film credits include "Goodfellas", "Pieces of April", "Law & Order", "1408", "Enchanted", "Stealing Martin Lane", "Honey Trap", "Slavery and the Making of America", "Ed", "NYPD Blue", "Madigan Men", "Wonderland", "Third Watch", "Jump Tomorrow", "Bought & Sold", "The Jury", and "Liberty! The American Revolution". He served as his alma mater's 1999 commencement speaker and SMSU has established a scholarship fund in Whitlock's name. 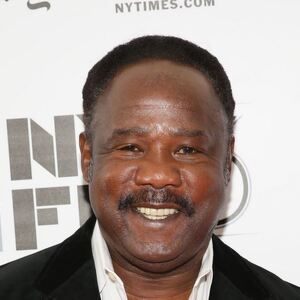